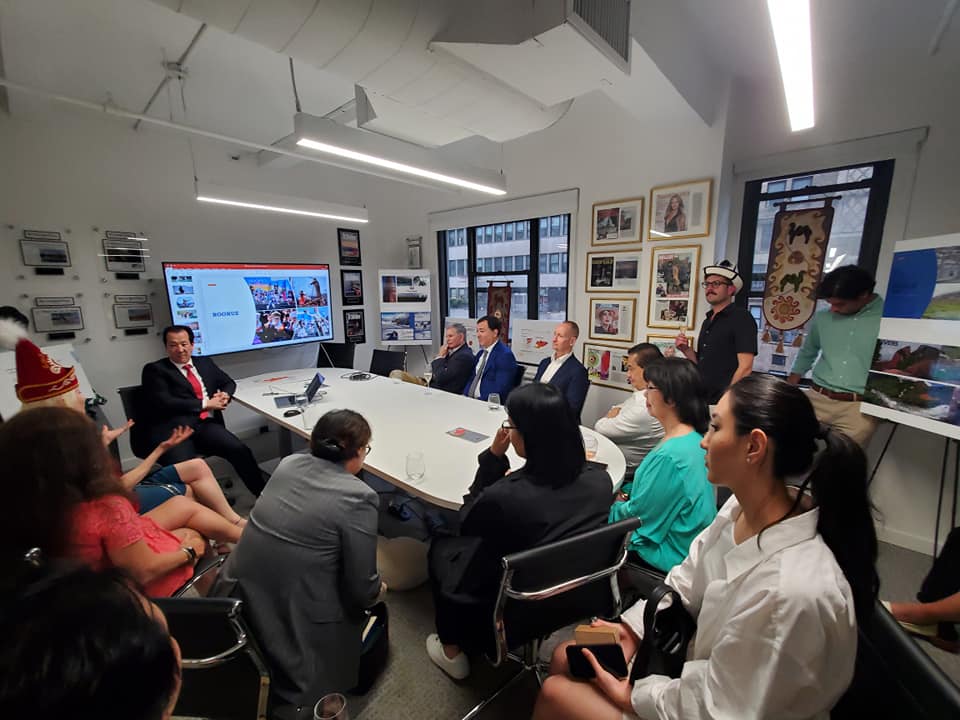 On June 2, 2022, in New York City the Embassy of the Kyrgyz Republic, in partnership with the well-known American travel company Remote Lands, organized a special event to promote Kyrgyzstan's investment, export, and tourism opportunities. The event was attended by representatives of major American companies operating in various fields and American tourists interested in visiting Central Asia. The meeting was also attended by the Head of the Kyrgyz Mission to the UN Aida Kasymalieva, Head of "Supara" Janylsynzat Turganbaeva.

During the event, the Embassy  organized a photo exhibition to explore the Kyrgyz Republic's tourism potential, and prepared and presented a variety of national dishes to American citizens. In addition, a special stand was organized to promote the national handicrafts.

A tourist visiting the Kyrgyz Republic will have the opportunity to get acquainted with the long history, national culture and traditions of the Kyrgyz people, as well as relax in the beautiful nature, explained the facts and special slides.

The meeting was held in a warm and friendly atmosphere. The participants received answers to their questions and promised to visit the Kyrgyz Republic in the future. During the meeting, the Embassy of the Kyrgyz Republic in the United States and the management of the American travel company "Remote Lands" agreed to bring a large group of American tourists to Kyrgyzstan in the near future.