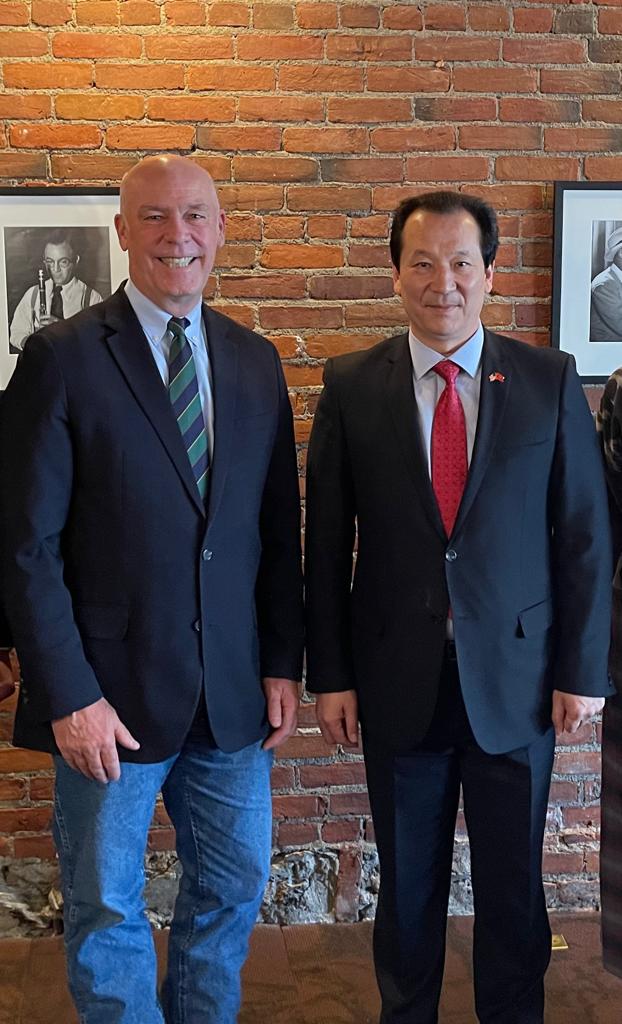 On June 6-8, 2022, Ambassador of the Kyrgyz Republic to the United States Bakyt Amanbaev paid a working visit to Helena, Montana. During his visit, Bakyt Amanbaev met with Montana Governor Greg Gianforte, Commander of the Montana National Guard Major General John Hronek, and heads of the Montana Department of Agriculture, Trade, Tourism and Environment to strengthen bilateral relations.

The leadership of the State of Montana expressed its willingness to cooperate with the Kyrgyz Republic on all these issues and to carry out further joint practical activities in the above-mentioned areas. As a result of the meeting, an agreement was reached with the Montana state leadership to introduce world breeds of beef and dairy cows from Montana to the Kyrgyz Republic. In particular, introduction of frozen semen of the world's best Angus and Wagyu breeds in the Kyrgyz Republic, purchase of modern equipment for embryo transplantation and exchange of practical experience in this area will strengthen relations between ministries and farms working in this area.

For reference: Traditionally the most important branch of agriculture in Montana is the breeding of thoroughbred cattle for meat. Montana's main agricultural crops are wheat, barley, beans, potatoes, and sugar beets. The state has a well-developed dairy cattle and food processing industry, including meat, milk, grain, and sugar beet processing.

Montana's most important industry is tourism, visited by millions of tourists each year. The state is home to several very popular tourist attractions, both natural and related to Montana history.