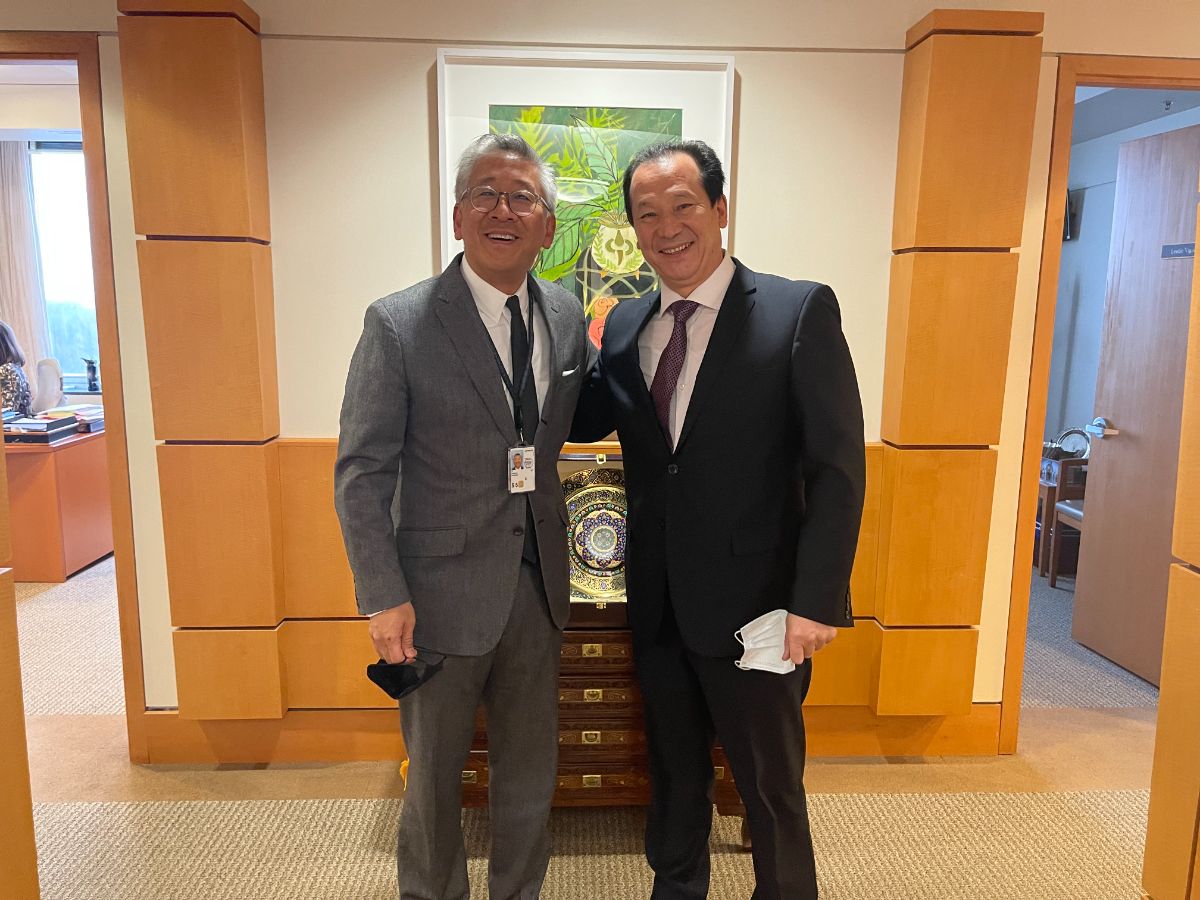 August 11, 2022, Ambassador of the Kyrgyz Republic to the United States Bakyt Amanbaev met with U.S. Assistant Secretary of State for South and Central Asian Affairs Donald Lu. During the meeting, important issues of Kyrgyz-American bilateral relations and ways of resolving them, as well as issues related to the successful organization of high-level meetings at the UN in September of this year were discussed.

During the meeting, Ambassador Bakyt Amanbaev spoke about the issues, outcomes and significance of the Fourth Consultative Meeting of the Heads of States of Central Asia, which was held in Cholpon-Ata on July 21 under the Kyrgyz presidency. The Ambassador noted that the Kyrgyz authorities are planning to hold a high-level meeting in New York in September as part of the initiative of President Sadyr Japarov to declare the year 2022 as the International Year of Sustainable Mountain Development to solve the important problems of mountain countries in the world and called for support for all initiatives of the Kyrgyz Republic to develop mountainous countries.

Ambassador Bakyt Amanbaev also noted that due to the situation in Ukraine in recent months the funds of a number of Kyrgyz companies have been blocked by U.S. banks and asked for help in resolving this issue as soon as possible.

Assistant Secretary of State Donald Lu noted that the prevention of global climate change is one of the main policies of the U.S. President, and  added that he fully supports the Kyrgyz Republic's initiative to solve the problems of mountainous countries within the framework of global climate change. He also instructed the officer in charge to help solve the problem of Kyrgyz companies affected by international sanctions.