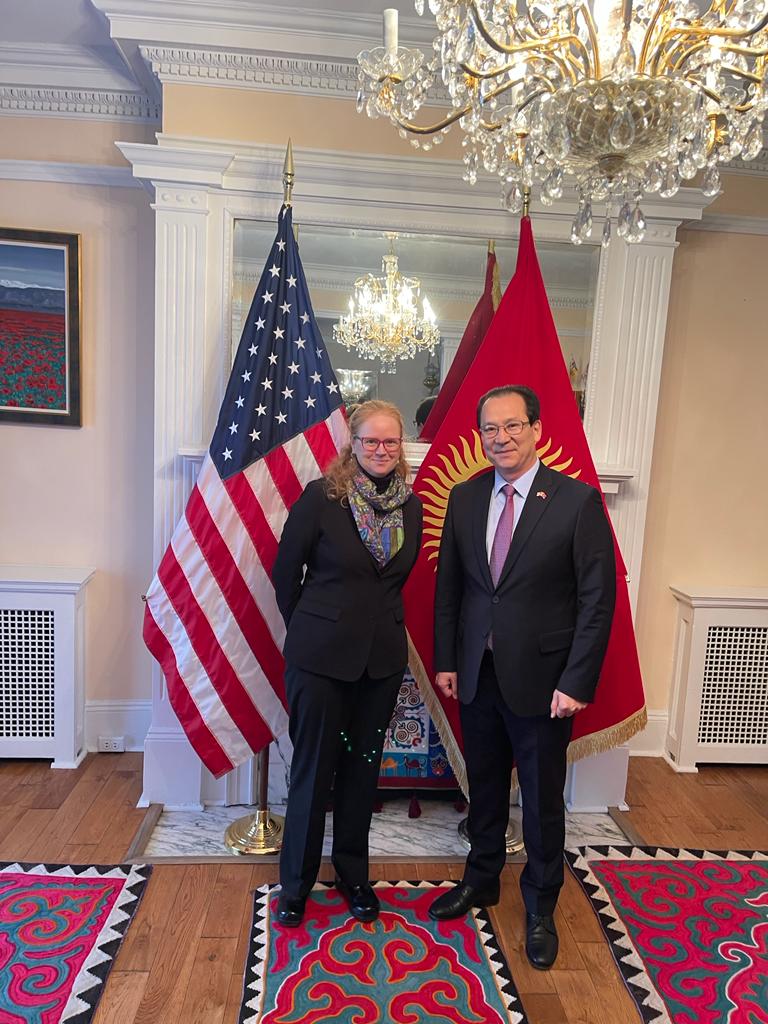 On October 21, Ambassador of the Kyrgyz Republic to the United States Bakyt Amanbaev met with the USAID Mission Director in the Kyrgyz Republic Kaya Adams in Washington, DC. USAID activities in the Kyrgyz Republic and ways to improve the effectiveness of bilateral cooperation were discussed in detail during the meeting. At the meeting, Bakyt Amanbaev asked to use the opportunities and tools of the mentioned USAID for social and economic development of the Kyrgyz Republic, to improve the efficiency of systemic reforms being carried out in the country, and to increase assistance to the residents of Batken oblast. Also Bakyt Amanbaev underlined that as a result of armed aggression of Tajik side in Batken oblast dozens of civil objects were destroyed: houses, schools, hospitals, roads, airports and bridges.
During the meeting, Kaya Adams emphasized that USAID has already provided assistance of 8 million soms to residents displaced due to the armed attack on the Kyrgyz-Tajik border, and that comprehensive assistance will be provided in the future, and shared her suggestions for improving the effectiveness of USAID assistance to Kyrgyzstan.