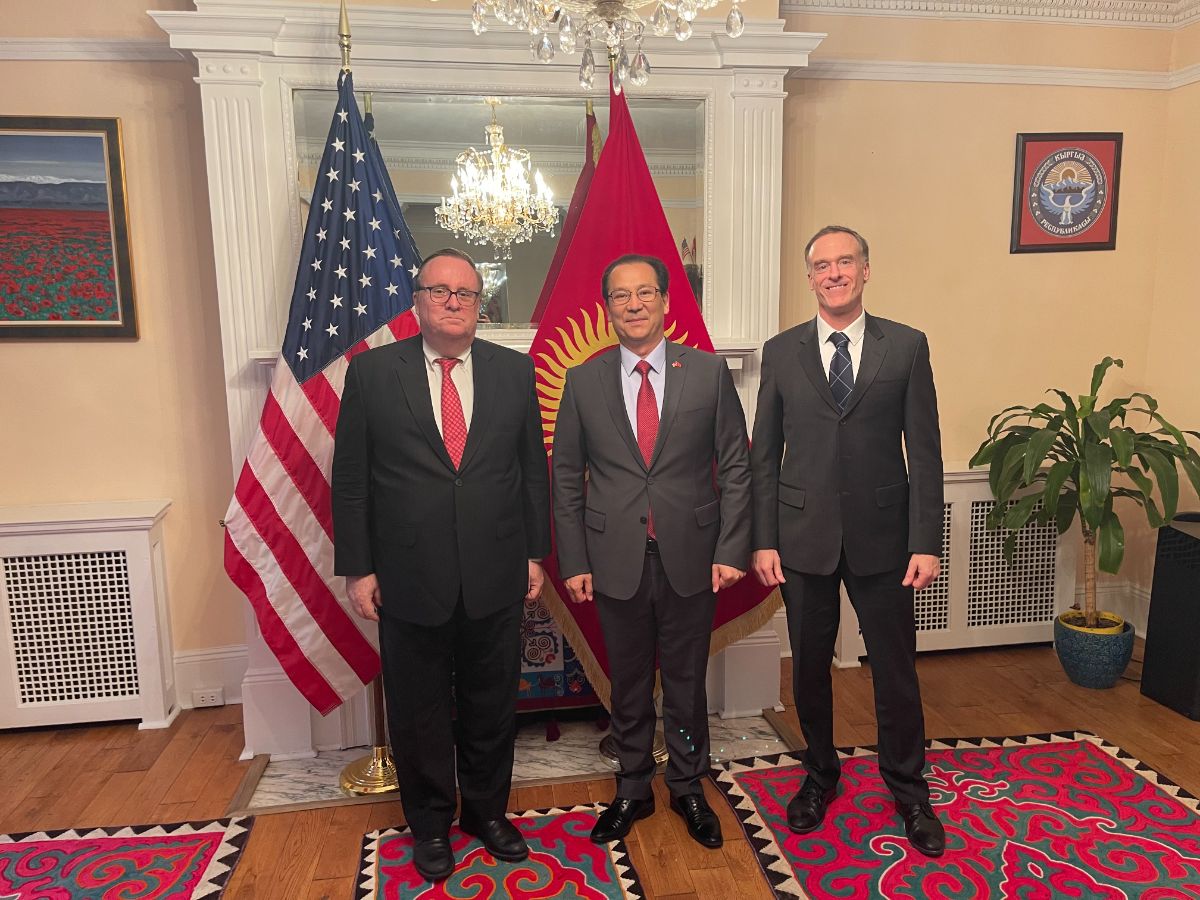 On November 10, 2022, Bakyt Amanbaev, Ambassador of the Kyrgyz Republic to the United States, met with Lesslie Viguerie, the newly appointed U.S. Ambassador to Kyrgyzstan. During the meeting, Bakyt Amanbaev congratulated his colleague on his appointment to the responsible position and also exchanged detailed views on improving bilateral relations between the two countries.

During the conversation Bakyt Amanbaev gave detailed information about recent developments in Kyrgyzstan, the priorities of the foreign policy of the country, the current needs, as well as the policy of the President of the Kyrgyz Republic Sadyr Zhaparov, aimed at improving the lives of ordinary people and the socio-economic welfare of the Republic. Ambassador Bakyt Amanbaev also mentioned that Kyrgyz citizens are facing long lines to receive visas to America at the U.S. Embassy in Bishkek and asked for assistance in facilitating the issuance of visas to citizens of Kyrgyzstan.

U.S. Ambassador to Kyrgyzstan Lesslie Viguerie stated that he would make every effort to improve bilateral relations and promised to carefully consider requests from the Kyrgyz side and provide additional answers.