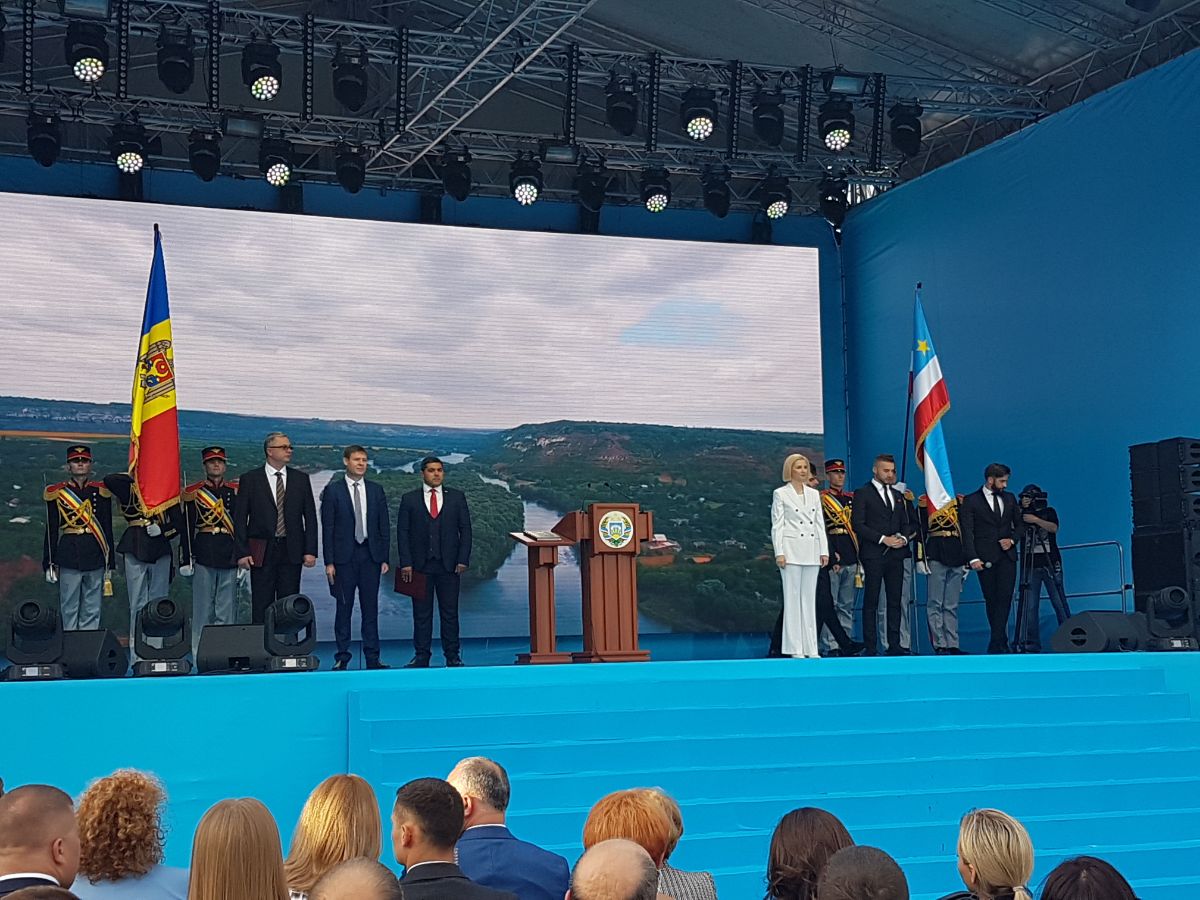 July 19, 2019 Ambassador Extraordinary and Plenipotentiary of the Kyrgyz Republic to Ukraine and in the Republic of Moldova Zh. Sharipov took part in the solemn ceremony of assuming the office of the Head (Bashkan) of the Gagauzia, the Republic of Moldova, I.Vlah. Ambassador Zh.Sharipov congratulated I.Vlah on her election for a second term and wished success in her responsible work.

As part of a trip to Moldova Ambassador of the Kyrgyz Republic Zh.Sharipov held a meeting with the Secretary of State of the Ministry of Foreign Affairs and European Integration of the Republic of Moldova T. Molchan, head of the Eastern Europe and Central Asia department of the bilateral cooperation department of the MFAE RM V.Saranchuk, during which parts were discussed enhancing bilateral and multilateral cooperation: conducting ministerial consultations, resuming the Kyrgyz-Moldavian IPC, supporting Kyrgyzstan in promoting its candidacy to UN Security Council as a non-permanent member, the expansion of the legal framework.