А – А А +
Обычная версия
Скрыть
News / News and Events / On December 23, 2019 in Chisinau, the Ambassador Extraordinary and Plenipotentiary of the Kyrgyz Republic to the Republic of Moldova, with a residence in Kyiv, Zhusupbek Sharipov took part in a ceremony to mark the 25th anniversary of the adoption by the Parliament of the Republic of Moldova of the Law “On the Special Status of Gagauzia”. 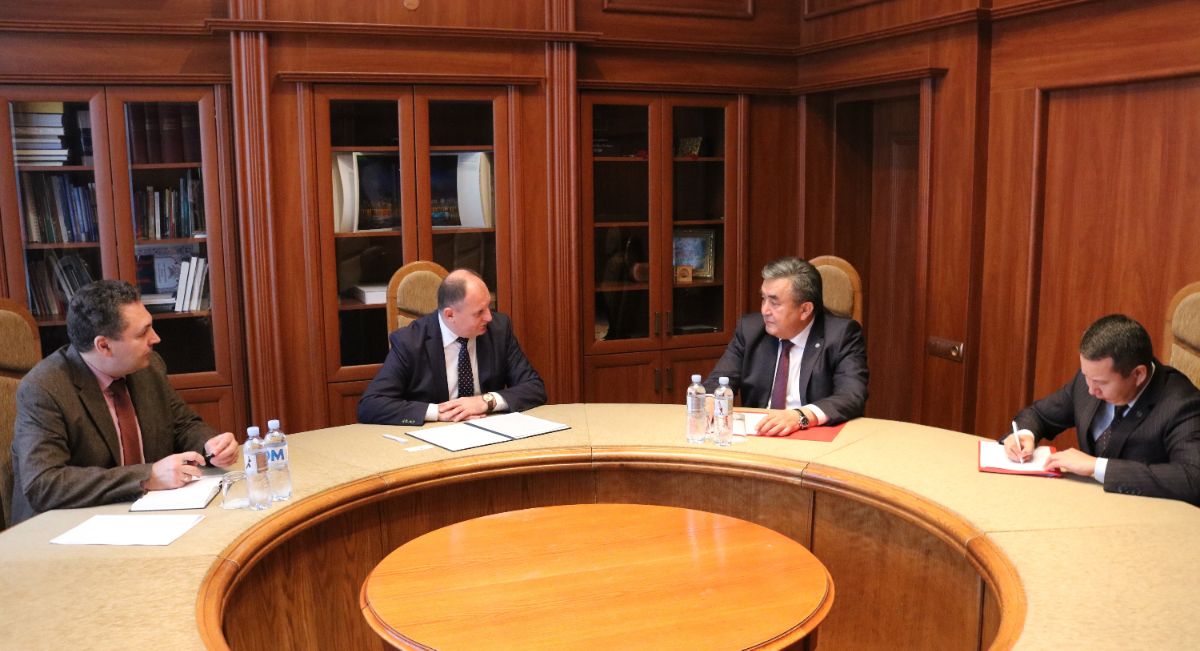 As part of this event, Ambassador Zh. Sharipov met with the State Secretary of the Ministry of Foreign Affairs and European Integration of the Republic of Moldova, Mr. Gheorghe Leuca, and the Director of the Office of Eastern Europe and Central Asia, Mr. I. Bodiu.

During the meeting, issues of the state and prospects of Kyrgyz-Moldovan relations, the holding of inter-MFA consultations and a business forum were discussed.