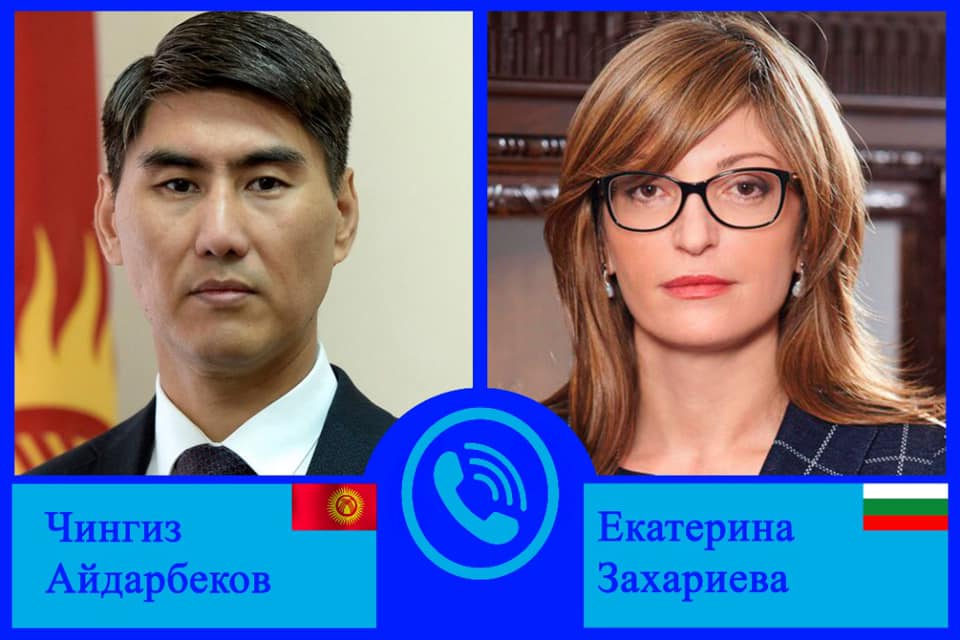 The foreign ministers of the two countries exchanged views on consular issues, agreed to intensify bilateral cooperation, expand the legal framework, as well as economic ties.

Separately, the issues of alleviating the situation of Kyrgyz citizens in Bulgaria were examined, including the possibility of helping the Bulgarian side to extend the validity of visas, creating conditions for protecting the health of students and labor migrants.

In addition, the ministers agreed to hold inter-MFA political consultations at the level of deputy ministers in the format of an online conference in the near future.

The parties paid attention to issues of multilateral cooperation within the framework of international organizations.