News / News and Events / On May 29, 2020, in a video conference format, inter-MFA consultations were held between the Kyrgyz Republic and the Republic of Bulgaria. 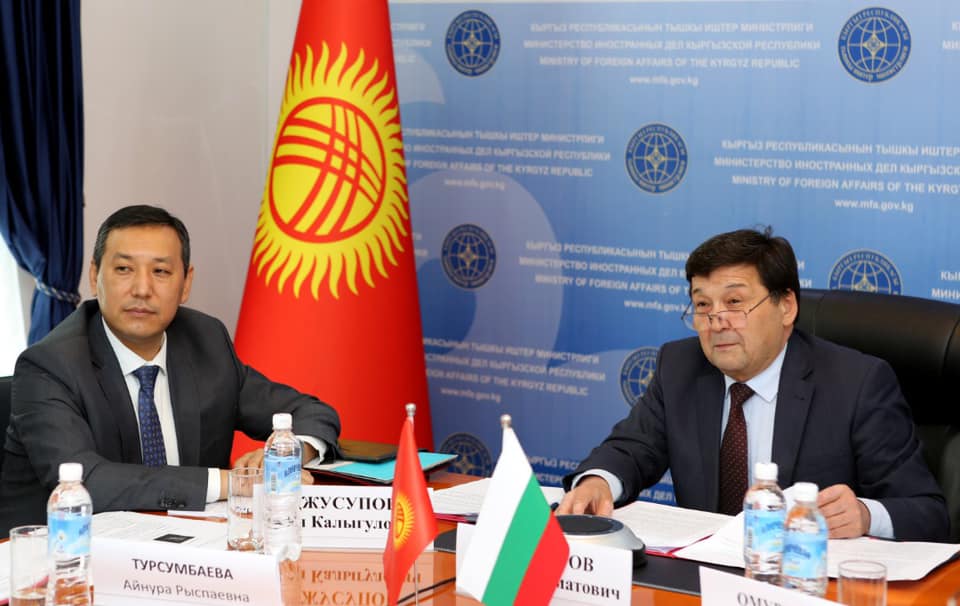 On May 29, 2020, inter-ministerial consultations between the Kyrgyz Republic and the Republic of Bulgaria took place in the format of a video conference. The delegation of the Kyrgyz Republic was headed by Deputy Minister of Foreign Affairs A. Madmarov, the delegation of the Republic of Bulgaria was headed by Deputy Minister of Foreign Affairs P. Doikov.
During the consultations, a wide range of topical issues of bilateral and multilateral cooperation was considered, and the contours of the "road map" of bilateral cooperation for the medium term were defined.
The parties agreed to intensify political dialogue and contacts, including at the level of parliaments and sectoral departments of the two countries.
The issues of strengthening trade and economic ties in various spheres were thoroughly discussed, including through the organization of investment and business events, business missions, and the establishment of direct contacts between interested companies.
During the consultations, the parties touched upon issues of cooperation within international organizations and mutual support in the UN charters, the topic of cooperation between the CD-EU, as well as exchanged views and proposals on consular issues.
Attention was also paid to expanding the bilateral legal framework, in particular, an agreement was reached to prepare for the signing of a number of agreements in the field of economy, transport, education, labor migration.