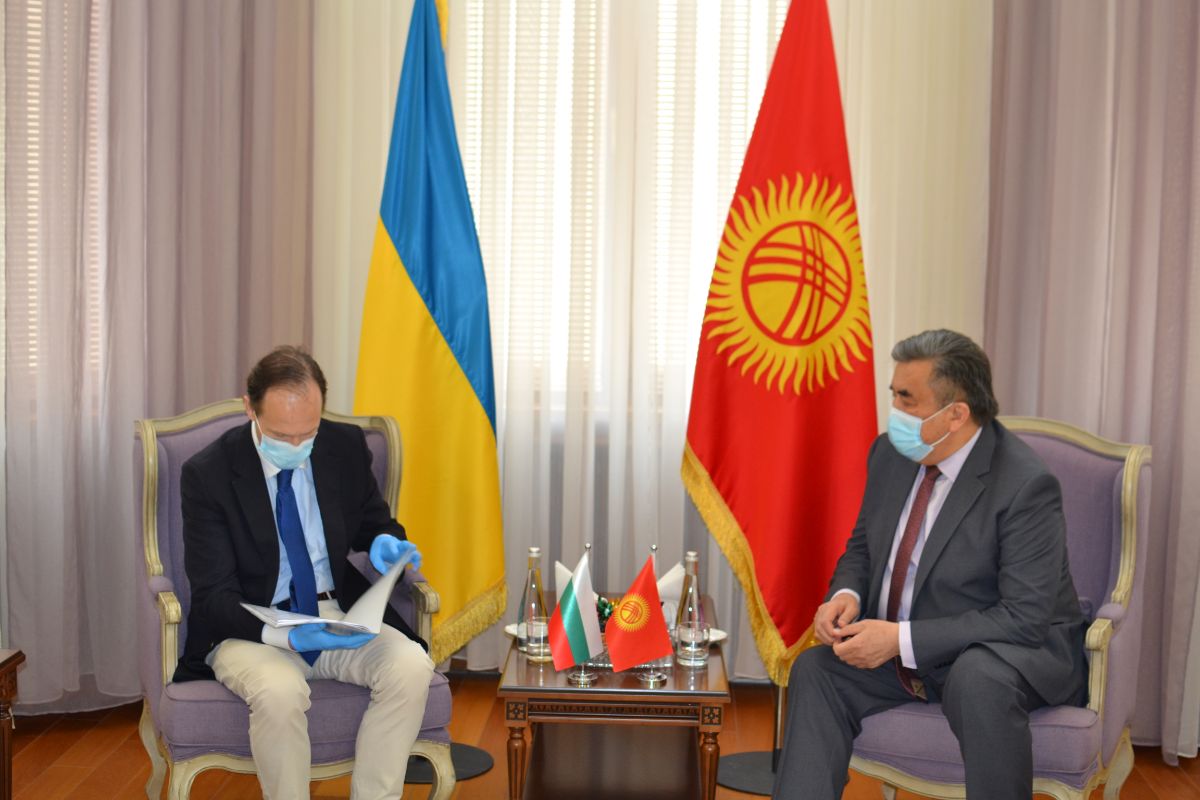 During the bilateral conversation, further steps were discussed to implement the agreements reached following the results of the inter-MFA consultations.

In addition, during the meeting, Ambassador K.Kodzhabashev handed Ambassador Zh.Sharipov the draft intergovernmental Agreement on Economic Cooperation and the Statute of the intergovernmental commission, which had previously been requested by the Embassy from the Bulgarian side.

The meeting was held in a friendly and constructive atmosphere.