А – А А +
Обычная версия
Скрыть
News / News and Events / The Minister of Internal Affairs of the Islamic Republic of Iran Abdolreza Rahmani Fazli arrived in Kyrgyzstan on September 12 with an official delegation. 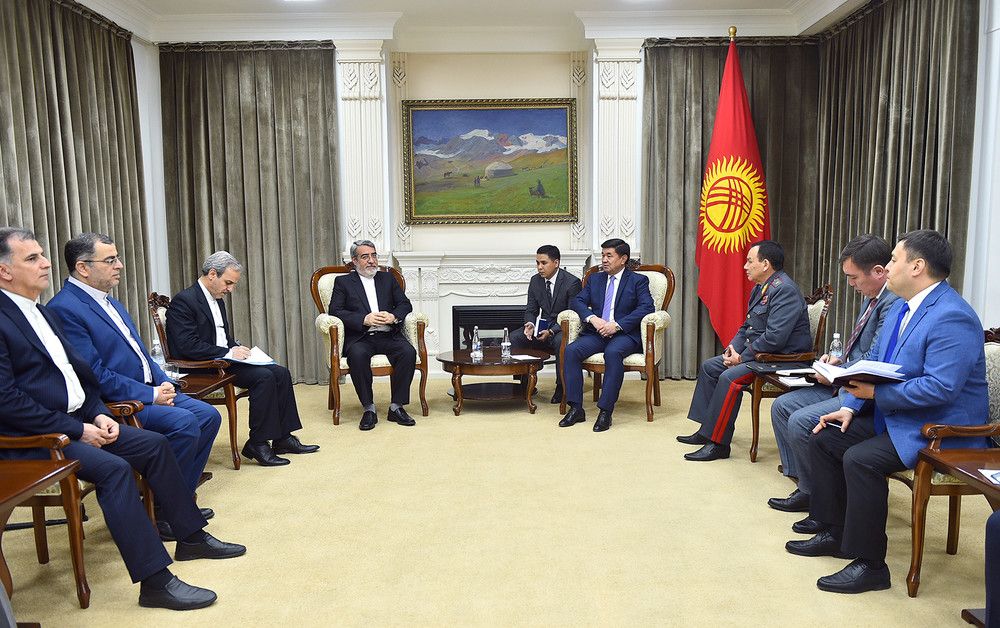 Iranian Interior Minister Abdolreza Rahmani Fazli arrived in Kyrgyzstan on September 12. At the Manas International Airport, his Kyrgyz counterpart, Kyrgyz Interior Minister Kashkar Dzhunushaliev, met him.
During the meeting, the parties discussed issues of cooperation and prospects between the countries. K. Dzhunushaliev noted that at the moment, an important task of international cooperation in the field of law enforcement is the fight against organized crime, terrorism, extremism, human trafficking and drug trafficking.
As a result of the official visit of the Iranian delegation, the Interior Ministers of the two countries signed an agreement on cooperation in the field of security and law enforcement between the countries, development of cooperation in the field of combating organized crime and terrorism, extremism, human trafficking, illicit trafficking in narcotic drugs and psychotropic substances, in particular, mutual cooperation within the framework of a single UN convention on narcotic drugs.
On September 14, 2019, Prime Minister Muhammedkaly Abylgaziev received the Minister of the Interior of Iran, Abdul-Reza  Rahmani Fazli.
During the meeting, the Prime Minister noted that Kyrgyzstan attaches particular importance to the development of friendly relations with Iran. According to him, today between the two states is developing cooperation in various fields.
M.Abylgaziev said that the Kyrgyz side is interested in expanding cooperation with the Iranian side by sharing experience in ensuring public safety, combating drug trafficking, preventing emergencies and eliminating their consequences.
A range of issues in the field of trade, economic, cultural and humanitarian cooperation was also discussed. At the conclusion of his speech, the Prime Minister expressed confidence that the expansion of the existing Kyrgyz-Iranian relations would strengthen mutually beneficial cooperation between the two peoples.
In turn, the Minister of Internal Affairs of Iran Abdul-Reza Rahmani Fazli expressed gratitude for the hospitality. He noted that Iran perceives Kyrgyzstan as a close partner and friend.
According to him, the Iranian side is interested in developing trade and economic relations with Kyrgyzstan, and also welcomes effective cooperation in other areas.