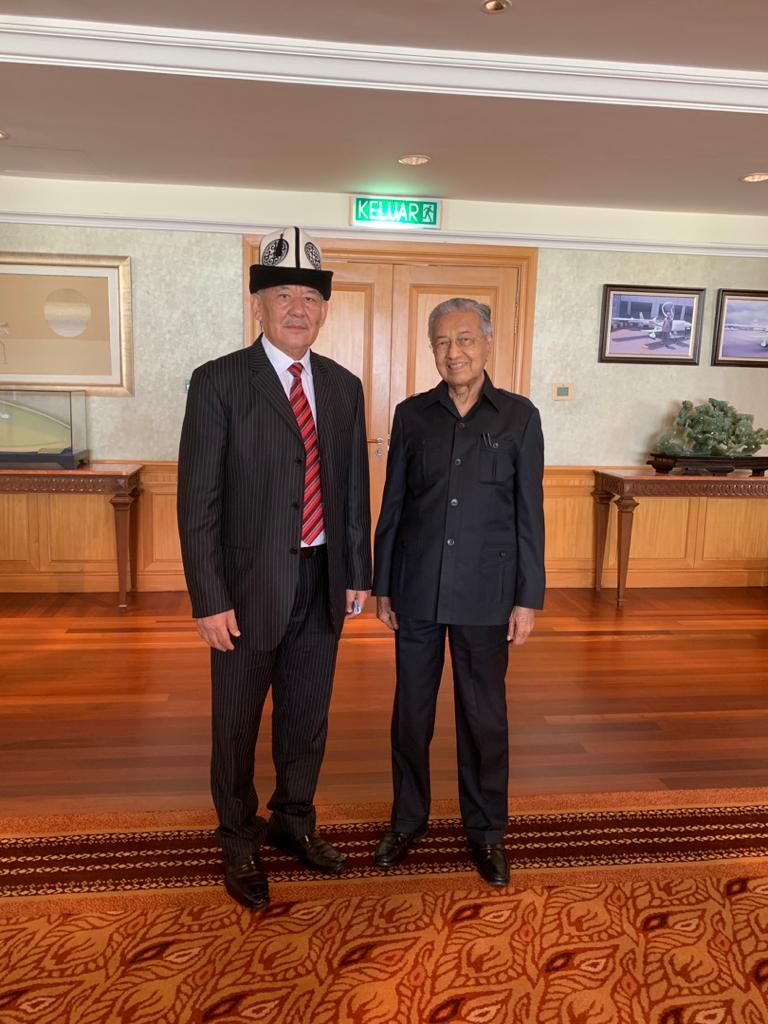 On March 31, 2021, Ambassador Extraordinary and Plenipotentiary of the Kyrgyz Republic to Malaysia A. Beknazarov, met with the former Prime Minister of Malaysia, a member of the lower House of Parliament of Malaysia (Dewan Rakiyat), BERSATU party leader Tun Dr. Mohamad Mahathir.

During the meeting, Ambassador A. Beknazarov reported on the ongoing constitutional reforms, the upcoming parliamentary elections, and the internal political situation in the country. In addition, Dr. Mahathir was informed about the presidential elections held in January and the Referendum on determining the form of government, which took place after the events in Kyrgyzstan in October 2020 and announced the Referendum on the draft Constitution of the Kyrgyz Republic scheduled for April 11, 2021.

In turn, Dr. Mohamad Mahathir noted that he was one of the initiators of bilateral diplomatic relations between Kyrgyzstan and Malaysia. He said that he is well aware of Kyrgyzstan and wishes the Kyrgyz people and the new leadership of Kyrgyzstan further success, prosperity and peace on the way to national revival.