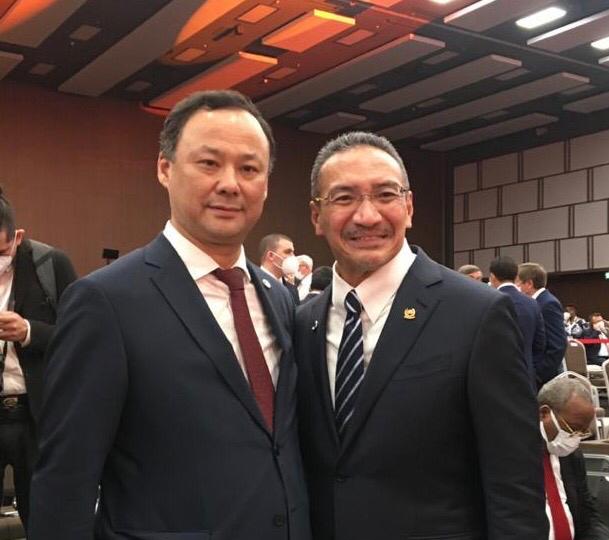 On June 18, 2021 Minister of Foreign Affairs of the Kyrgyz Republic Ruslan Kazakbaev and Minister of Foreign Affairs of Malaysia Hishammuddin Hussein held a bilateral meeting on the sidelines of the Antalya Diplomacy Forum.
During the meeting, the sides expressed their interest in enhancing bilateral cooperation, outlined prospects for further interaction and agreed to hold the first round of Bilateral consultations between the Kyrgyz Republic and Malaysia in 2021.
In order to strengthen the Kyrgyz-Malaysian political dialogue, the Foreign Ministers discussed the organization of visits to both countries.
Special attention was paid to the issue of expanding the legal framework by signing agreements between Kyrgyzstan and Malaysia.