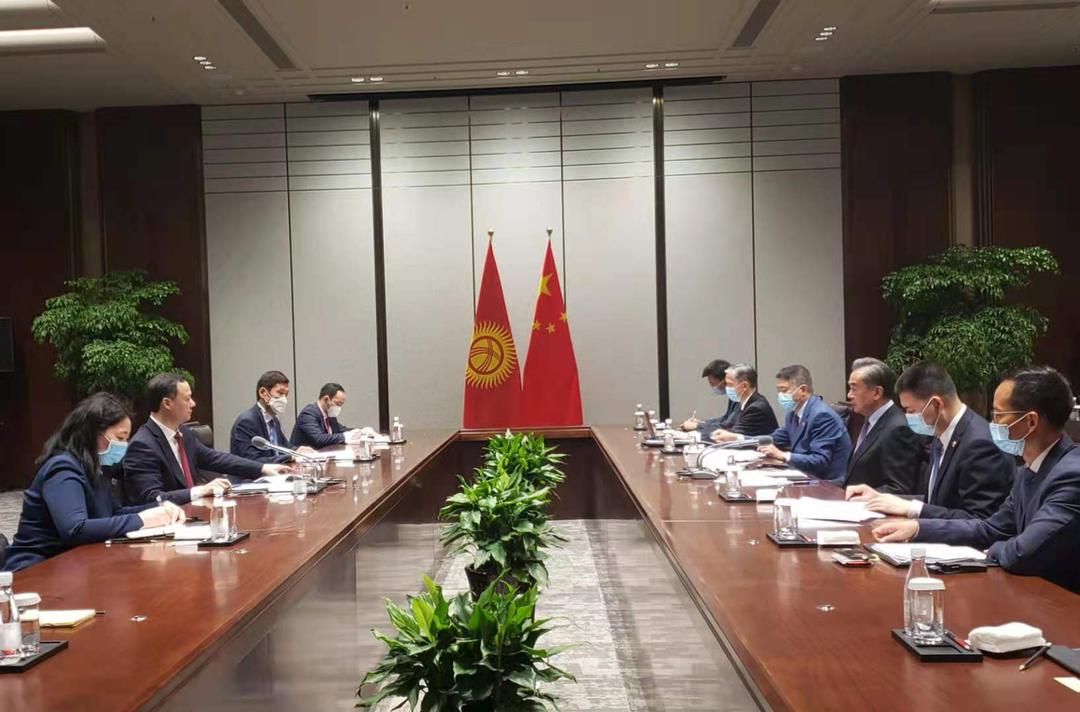 During the meeting, the foreign ministers discussed a wide range of issues of Kyrgyz-Chinese cooperation. Much attention was paid to further expansion of agricultural exports from the KR to the PRC, optimization of Torugart and Irkeshtam BCPs, increase of trade turnover, implementation of grant projects in Kyrgyzstan, construction of the China-Kyrgyzstan-Uzbekistan railway, settlement of the KR government debt to the PRC, attraction of targeted Chinese investments into the Kyrgyz economy, promotion of joint infrastructure projects under the One Belt, One Road initiative.

The parties were unanimous in the opinion that for further deepening of interregional cooperation the preservation of peace and harmony in the region, ensuring security and stability in Central Asia, striving to solve all arising issues through negotiations are of key importance. Expressed readiness to assist the affected population of the KR in the conflict zone while providing additional information on specific needs and requirements.

The PRC government respects the development path chosen by the people of Kyrgyzstan and is ready to support the reforms of the newly elected President of the Kyrgyz Republic Sergey Zhaparov. Bilateral cooperation between the PRC and the KR should set an example of building relations between neighbours.

The head of the Foreign Ministry of the Kyrgyz Republic expressed gratitude to the Chinese leadership for receiving 150,000 doses of Chinese vaccines free of charge in March this year, other assistance in the fight against COVID-19 in Kyrgyzstan.

In view of the all-round strategic partnership between the Kyrgyz Republic and the PRC, Minister Wang Yi informed the Chinese side of the decision:

- to provide the KR with a second consignment of 150,000 doses of Chinese vaccines as humanitarian aid on a free-of-charge basis;

- provide a grant to support the KR economy in the amount of 350 million yuan (about US$54 million);

- not to charge additional fees for the deferral of payments on the state external debt of the KR to the PRC;

- to send Chinese experts involved in grant projects, which have been temporarily suspended due to the COVID-19 pandemic, to the KR;

- consider food aid to the KR.

Expressed the Chinese side's interest in increasing exports of organic agricultural products from the KR to the PRC, adding potatoes, beans, rapeseed and grapes to the list.

Further efforts will be made to optimise the Torugart and Irkeshtam BCPs in order to increase their capacity.

The foreign ministers of the two countries exchanged views on other topical issues on the international agenda, reaffirming the commitment of the two states to a constructive partnership within the UN and other authoritative international organisations.

Foreign Minister Wang Yi gratefully accepted the invitation of Minister Kazakbaev to pay an official visit to the Kyrgyz Republic at any convenient time, the exact dates of which will be further agreed through diplomatic channels.

The talks took place in a friendly atmosphere and in a spirit of full mutual understanding on all issues under discussion.