А – А А +
Обычная версия
Скрыть
News / News and Events / Press release on holding a scientific conference on the topic: 30 years of Independence of the Kyrgyz Republic and comprehensive strategic partnership with the People's Republic of China 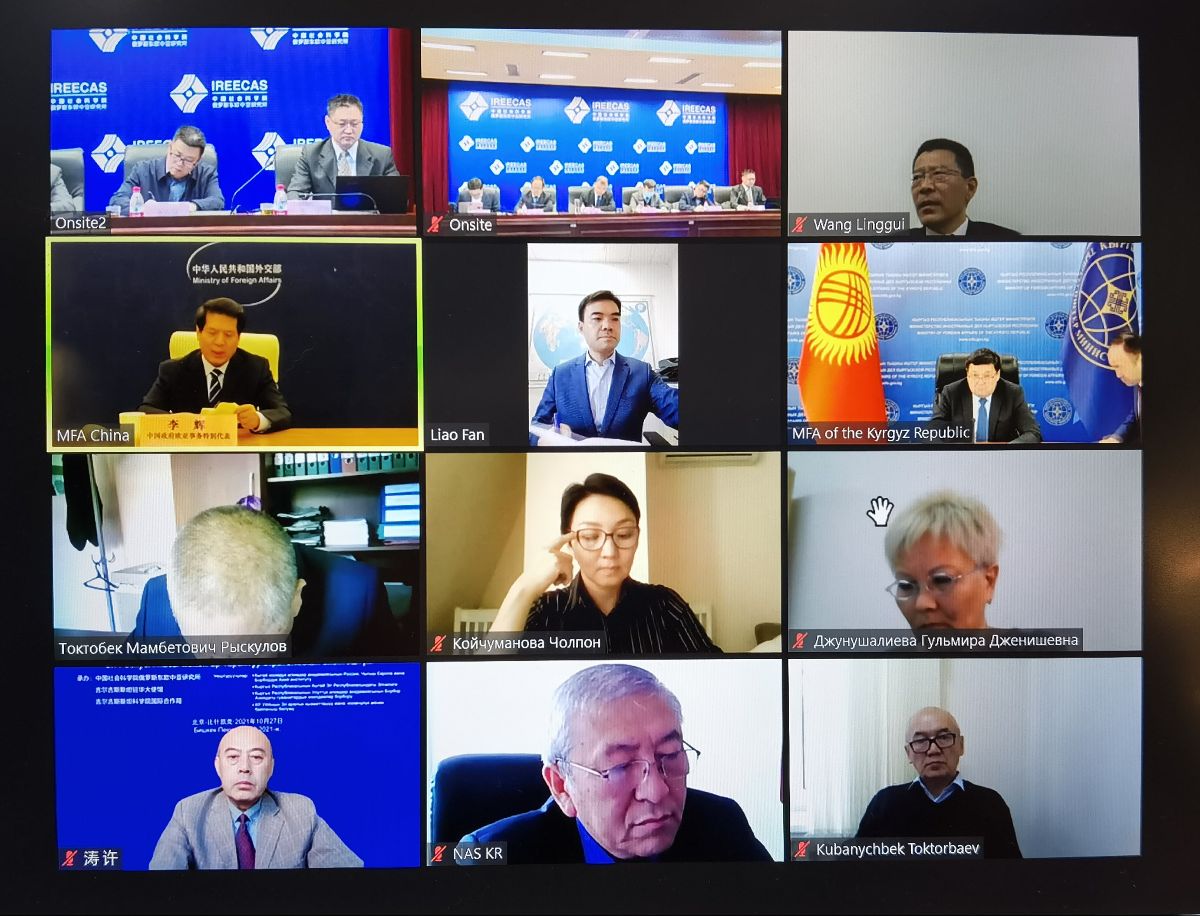 Press release on holding a scientific conference on the topic: 30 years of Independence of the Kyrgyz Republic and comprehensive strategic partnership with the People's Republic of China

In his welcoming speech, Deputy Minister of Foreign Affairs, Foreign Trade and Investments of the Kyrgyz Republic A.Madmarov noted that over the years of independence, the Kyrgyz Republic, having shown itself as a peaceful, responsible and active member of the international community, will continue to pursue an open foreign policy aimed at protecting independence, sovereignty and territorial integrity of the country, as well as national interests.

In addition, A.Madmarov informed about the current situation of Kyrgyz-Chinese relations, emphasizing that at present, bilateral interaction is developing dynamically and is at an unprecedented high level for 30 years of establishing diplomatic relations. He also stressed that Kyrgyzstan considers the «One Belt - One Road» initiative as the main source and impetus for the implementation of joint projects and infrastructure development. In his speech, A.Madmarov drew attention to the active work of the leadership of the Kyrgyz Republic to improve the investment climate in Kyrgyzstan and the readiness to ensure the safety of Chinese investments in the country. At the end of his speech, he congratulated Chinese friends on the 100th anniversary of the Communist Party, which has a very rich and unique history.

On behalf of the Chinese side, the Special Representative of the Chinese Government on Eurasian Affairs Li Hui spoke. He noted that over 30 years of independence, the people of Kyrgyzstan, having overcome difficulties and obstacles, decisively moved forward the cause of state building, firmly defending national independence, sovereignty and territorial integrity, had traveled an extraordinary path development and achieved significant success in the development of the country, becoming a full member of the international community. The Chinese diplomat stressed that under the leadership of the President of the Kyrgyz Republic S.Japarov, the people of Kyrgyzstan will continue to achieve success on the path to national building and revival.

Ambassador Extraordinary and Plenipotentiary of the Kyrgyz Republic to the People’s Republic of China Mrs. K.Baktygulova emphasized that, given that China is one of the main trade and investment partners of Kyrgyzstan, to maintain business activity in the Kyrgyz Republic, it is extremely important to ensure regular freight traffic between the two countries, to optimize the activities of border checkpoints of the two countries.

She indicated that as one of the measures to enhance social economic development and attract foreign investment, by the decree of the President of the Kyrgyz Republic S.Japarov, a special status was given to the Batken region, on the territory of which a special preferential tax and investment regime will be established, providing for state guarantees from the Government of the country. Therefore, the Kyrgyz side welcomes foreign investors to the country.

The conference participants presented their reports on the political and social economic achievements of the Kyrgyz Republic over 30 years of independence and topical issues of interactions between the two countries. Chinese experts highly appreciated the successes of Kyrgyzstan in the international arena and its active participation in solving contemporary regional and global issues.

Along with this, during the event, the current state and prospects for the development of the Kyrgyz-Chinese political, trade, economic, cultural and humanitarian cooperation were discussed. It was noted that a constructive exchange of views will help to find new points of contact for enhancing bilateral interaction, will make it possible to better understand each other and will contribute to strengthening the Kyrgyz-Chinese comprehensive strategic partnership.

The Embassy of the Kyrgyz Republic

to the People's Republic of China