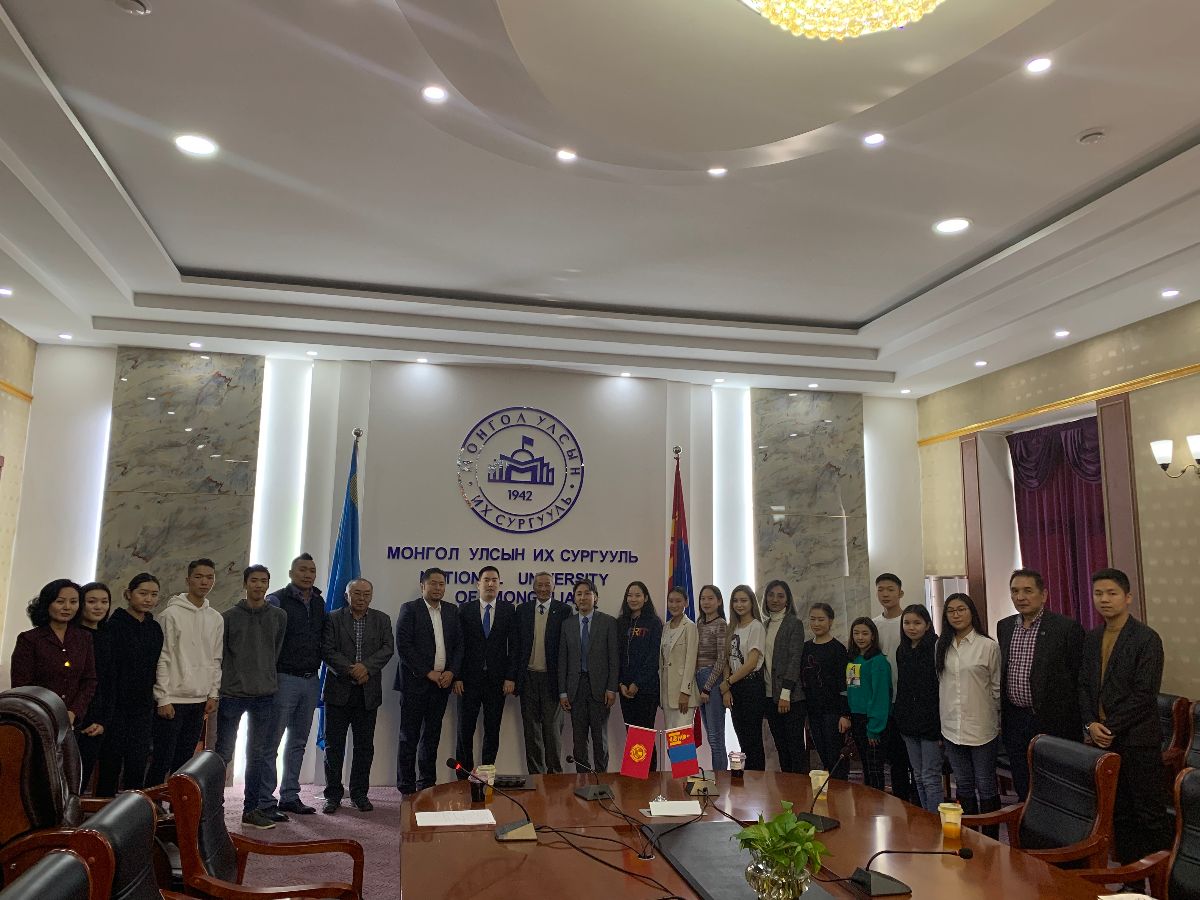 On October 15, 2019, the Minister-Counsellor of the Embassy of the Kyrgyz Republic (concurrently) in Mongolia Rakhman Adanov took part in a round table on the theme “Kyrgyzstan and Mongolia close in spirit countries” held at the Mongolian State University (MongSU).

During the event, which was attended by the leadership, professors, teachers, students of Mongolian State University and public figures, the representative of the Embassy spoke about Kyrgyz-Mongolian relations in the political, economic, cultural and humanitarian fields. Also, as part of the round table, the participants were informed about the development of Kyrgyzstan in the political and economic spheres, as well as the tourism opportunities of the country.