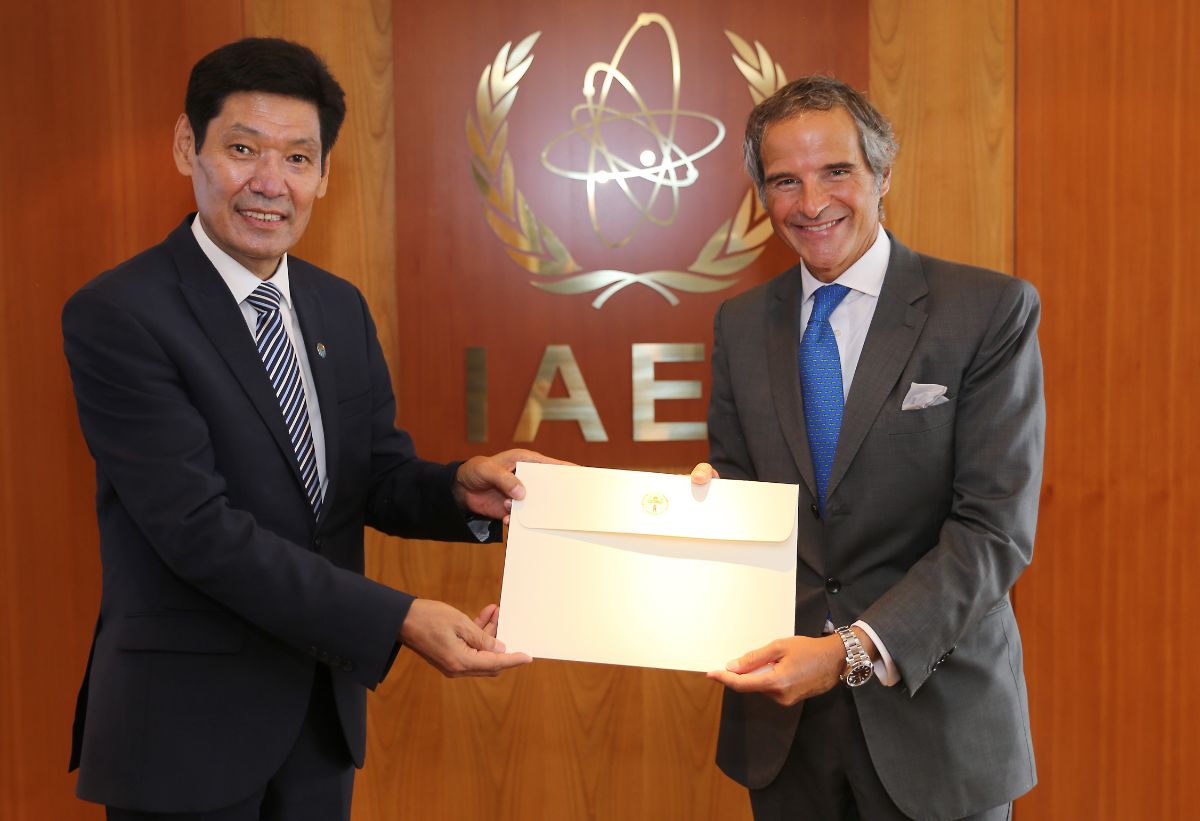 On 18 August 2021 the Ambassador Extraordinary and Plenipotentiary of the Kyrgyz Republic to Austria Tolendy Makeyev presented to the Director General of the International Atomic Energy Agency (IAEA) Rafael Mariano Grossi the Credentials (Accreditation Note) on his appointment as Resident Representative of the Kyrgyz Republic to the IAEA in Vienna.

During the meeting, the Resident Representative of the Kyrgyz Republic has noted the importance of the implementation of the Strategic Master Plan for the rehabilitation of uranium tailings in the Kyrgyz Republic (Min-Kush, Mailuu-Suu, Shekaftar) and thanked the Director General for the active support from the Agency in strengthening the capacity of governmental experts of the Kyrgyz Republic who are involved in the process of training seminars, international conferences within the IAEA.

In his turn, R.M.Grossi has noted that the Kyrgyz Republic is an important partner for the IAEA. He drew attention to the seriousness of the uranium tailings issues and pointed out that the Agency will continue to provide practical assistance in this direction.

Resident Representative T.Makeev expressed his readiness to make a personal contribution to strengthening further interaction for fruitful cooperation between the Kyrgyz Republic and the IAEA.

For reference: The International Atomic Energy Agency (IAEA) was established in 1957.  It is the world's central intergovernmental forum for scientific and technical co-operation in the nuclear field. It works for the safe, secure, and peaceful uses of nuclear science and technology, contributing to international peace and security and the United Nations' Sustainable Development Goals.

Kyrgyzstan became the 137th member of the Organization in 2003 at the 47th session of the IAEA General Conference.