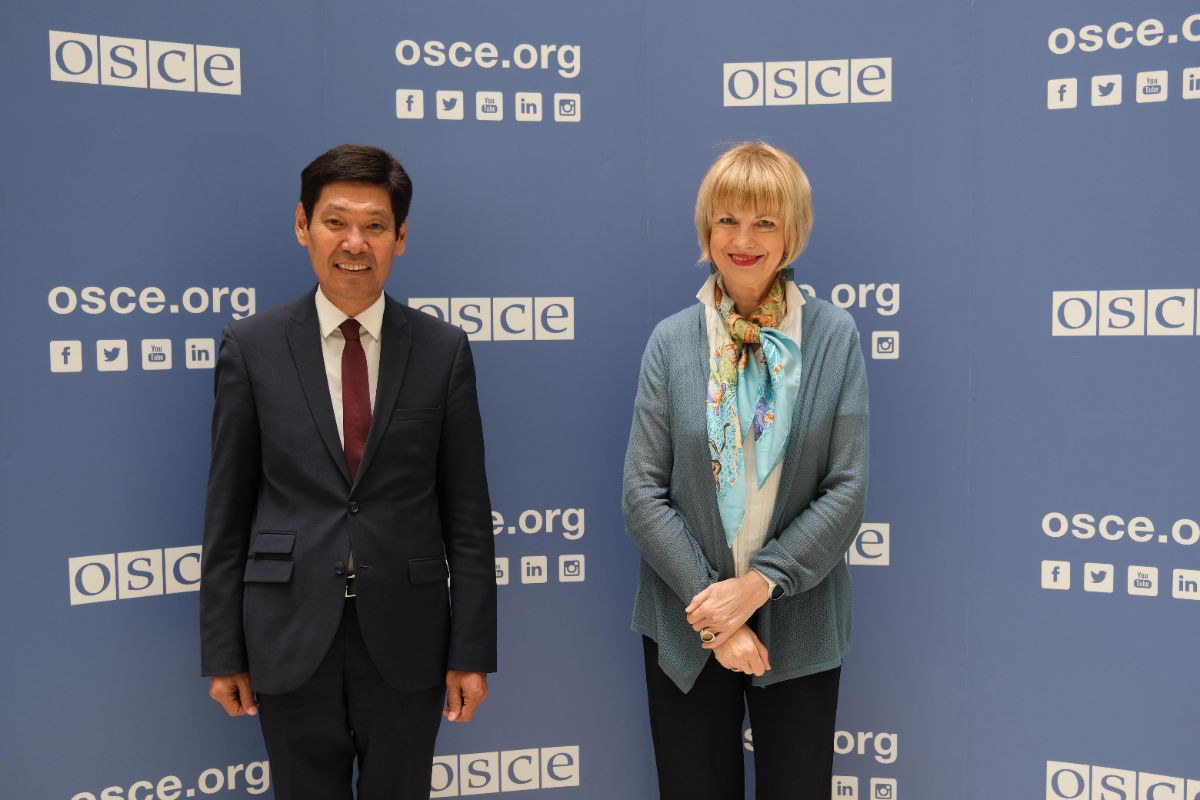 On 24 August 2021, the Ambassador Extraordinary and Plenipotentiary of the Kyrgyz Republic to Austria Tolendy Makeyev met with the Secretary General of the Organization for Security and Cooperation in Europe (OSCE) Ms. Helga Maria Schmid in Vienna. At the meeting T. Makeyev presented to the Secretary General Credentials on his appointment as the Permanent Representative of the Kyrgyz Republic to the OSCE.

During the meeting, the Permanent Representative of the Kyrgyz Republic congratulated the Secretary General with her high ranking appointment and expressed his readiness to continue practical cooperation to further develop relations between the Kyrgyz Republic and the OSCE.

The Permanent Representative drew the attention of the Secretary General to the parliamentary elections in the Kyrgyz Republic to be held in this year. He emphasized the political will and full determination of the country's leadership to ensure to held fair and transparent elections in accordance with national legislation, international standards and OSCE commitments.

T.Makeyev expressed satisfaction with the activities of the OSCE Program Office in Bishkek. At the same time, he noted that the Kyrgyz side considers the OSCE Academy in Bishkek as one of the most successful OSCE projects in the region, which predetermines the importance of ensuring its financial sustainability.

In her turn, H.M. Schmid confirmed the importance of the electoral process in democratic development of the Kyrgyz Republic and expressed a request to promptly inform the OSCE ODIHR about the dates of upcoming parliamentary elections in the Kyrgyz Republic.

The OSCE Secretary General noted the priority of issues related to youth and in this context stressed the important role of the OSCE Academy in Bishkek. She welcomed the co-chairmanship of Kyrgyzstan in the OSCE Group of Friends on Youth and Security and expressed the Secretariat's readiness to provide practical assistance in holding the third meeting of Group chaired by the Kyrgyz Republic.

The meeting was held in a friendly atmosphere, in spirit of openness and mutual understanding on all discussed issues.

For reference: OSCE - Organization for Security and Co-operation in Europe. With 57 participating States in North America, Europe and Asia, the OSCE is the world’s largest regional security organization.