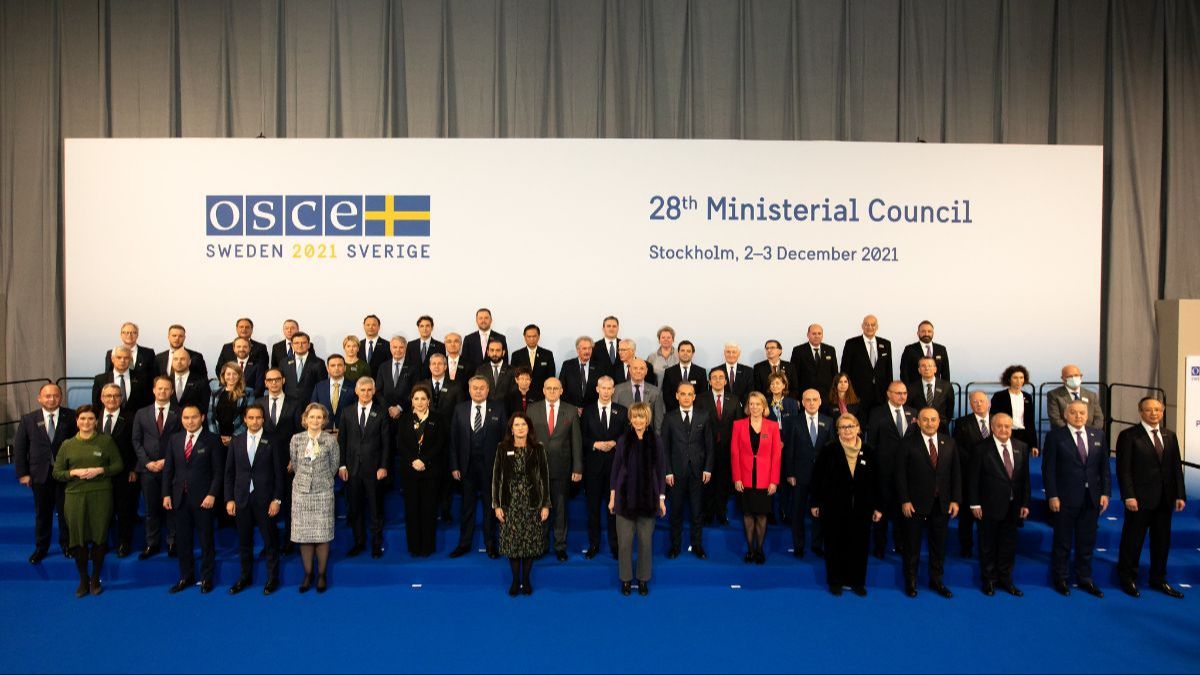 Head of the Kyrgyzstan foreign service informed OSCE partners about the outcomes of the recent Parliamentary elections, which closed a circle of political events started after the October events last year.

It has been underlined that international observers positively evaluated the organizational level of election process and mentioned that the elections have been transparent and competitive which is crucial for the Kyrgyzstan leaders. Minister R.Kazakbaev informed that all the recommendations from international observer missions, including such on the particular questions concerning electronic election system functioning and other technical issues, would be examined by the country administration which tasked the relevant authorities to remove defects and avoid them in future.

“The political events of recent years have shown that the peace-loving and multinational people of Kyrgyzstan, being the true source of power in our country, will never turn away from democracy. We have been and will be committed to the key democratic principles, rule of law, defense of human’s rights and liberties. The Kyrgyz Republic is open for further dialogue with international organizations, including OSCE/ODIHR for the discussion of further improvement of the election process and the state’s legislation”, noted Minister R.Kazakbaev in his statement.

In context of the current tendency of regional security, the growing role and importance of development of OSCE Academy in Bishkek. The world community is informed on the successful education of Afghan youth in the Academy. Minister R.Kazakbaev called upon the Member State to use the potential of OSCE Academy, as well as the American University in Central Asia and Diplomatic Academy under Foreign Affairs Ministry of Kyrgyzstan, for the implementation of educational and scientific projects in the Afghan dimension.

Touching upon the issue of the Afghanistan situation, which has become a central issue of the OSCE CFAM agenda, and calling for consolidation of the world community efforts around Afghan peace process, the head of Kyrgyzstan’s MFA underlined the position of the Kyrgyz Republic about the necessity to continue dialogue and seeking compromise variant for interaction with the current leaders of Afghanistan in order to find mutually accepted ways for the stabilization of situation in the country.

Also, it was expressed the readiness of the Kyrgyz Republic to continue humanitarian assistance for Afghanistan, and to establish the Center of Research of Afghanistan on the basis of OSCE Academy in Bishkek which will become independent academic and analytical center for regional and international experts who will conduct research of the current processes in Afghanistan and provide recommendations on how to react on them.

The session participants were informed about the series of initiatives of the Kyrgyz Party in ecology and climate, including the idea to establish a special climate-oriented fund under the UN aegis announced by the President of the Kyrgyz Republic Sadyr Zhaparov at the UN Climate Change Conference in Glasgow, in November this year, aimed at the implementation of concrete projects to combat and adapt to climate change, as well as the hosting First International Conference of the representatives of cities with uranium succession sites.

Separately Minister R.Kazakbaev noted the issues of support and strengthening trade and economic ties, calling the Member States to increase interaction within the OSCE space through free and secure cross-border move of people, goods, services and investments. Also, it has been mentioned that the issues of combating corruption and digital transformation will remain the priority for the Kyrgyzstan’s leaders.

In the context hosting events on the occasion of 30th anniversary of Kyrgyzstan’s joining in OSCE next year, Minister R.Kazakbaev offered to arrange the High-level Meeting “OSCE – Central Asia” with the participance of heads of foreign services of Central Asian countries, the OSCE Troika, and heads of all OSCE institutions, during which the results would be reviewed and new joint prospective plans to provide comprehensive and undivided security of Central Asia and OSCE Region, based on cooperation.

At the end of his statement, the Head of the Ministry of Foreign Affairs of the Kyrgyz Republic reaffirmed the readiness of the Kyrgyz Republic for full and active participation in the work of the Organization in all three dimensions, firmly advocating the preservation of the unique character of the OSCE as an inclusive platform for equal interstate dialogue based on the principle of consensus.