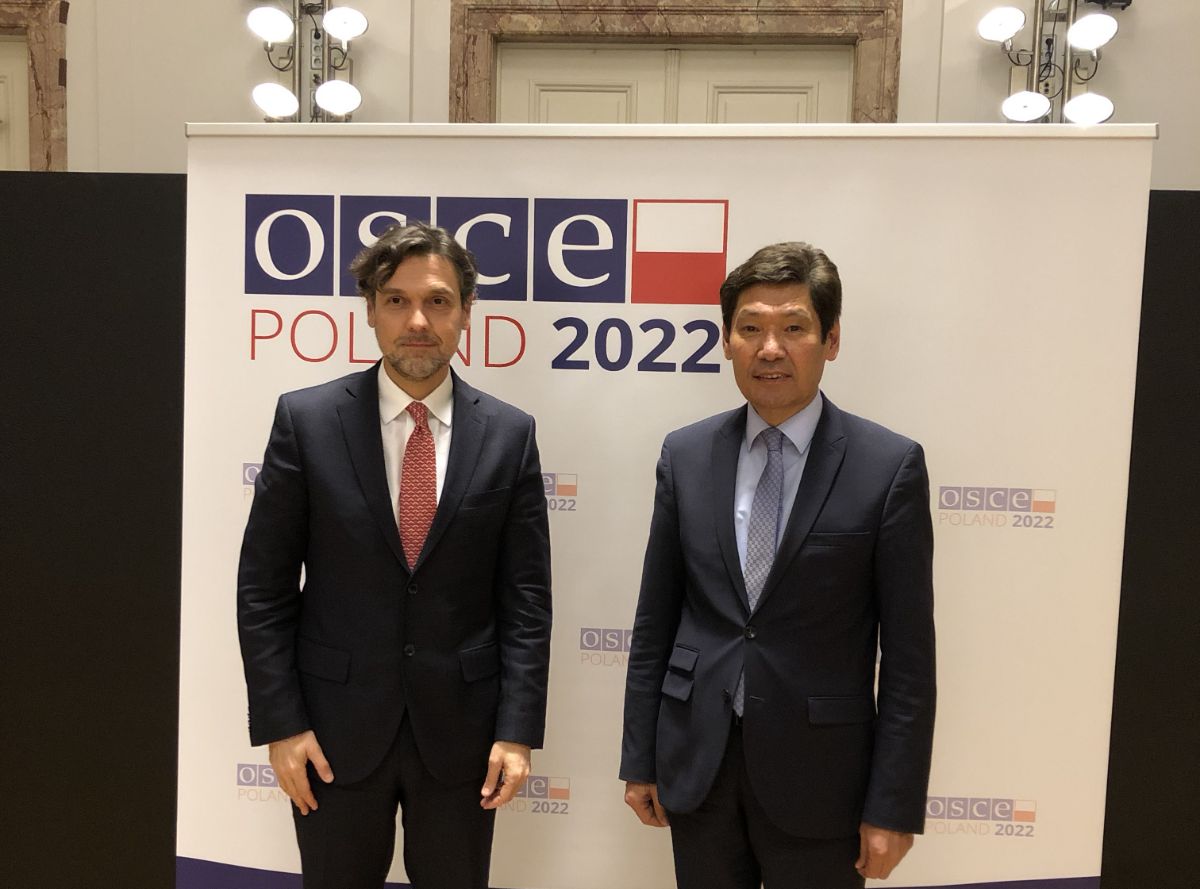 On 24 March 2022 the meeting between the Permanent Representative of the Kyrgyz Republic to the OSCE, Ambassador Tolendy Makeyev and the OSCE ODIHR Director Matteo Mecacci was held in Vienna.

During the meeting, the Permanent Representative thanked the ODIHR Director for his personal participation in the observation of the parliamentary elections in the Kyrgyz Republic, which took place on 28 November 2021.

Currently, the Kyrgyz side is awaiting the OSCE/ODIHR mission’s final report on the outcomes of the parliamentary elections in Kyrgyzstan. In this regard, the Permanent Representative has inquired about the concrete dates of preparation of the final report. At the same time, he emphasized the importance of the official presentation of the ODIHR final report in Kyrgyzstan within the framework of the Round Table with the participation of Members of the Parliament, government, representatives of political parties, NGOs and civil society. Such proposal was made by the Minister of Foreign Affairs of the Kyrgyz Republic R.Kazakbaev during his meeting with the ODIHR Director M.Mecacci on 3 December 2021 in Stockholm on the sidelines of the OSCE Ministerial Council.

The Permanent Representative called the attention that the "Central Asia - OSCE" High-Level Conference is planned to be held in Kyrgyzstan in May of this year, which dedicated to the 30th anniversary of the accession of the Central Asian states to the OSCE. In this regard, he invited M.Mecacci to participate in the Conference.

In turn, M.Mecacci noted that the ODIHR plans to complete the preparation of its final report on the outcomes of the parliamentary elections in the Kyrgyz Republic in April this year. He expressed his readiness to discuss the issue on official presentation of the final report in the Round Table format after publication of the report.

The ODIHR Director expressed his interest in participating in the "Central Asia - OSCE" High-Level Conference and suggested to continue further interaction to discuss the details of this issue.