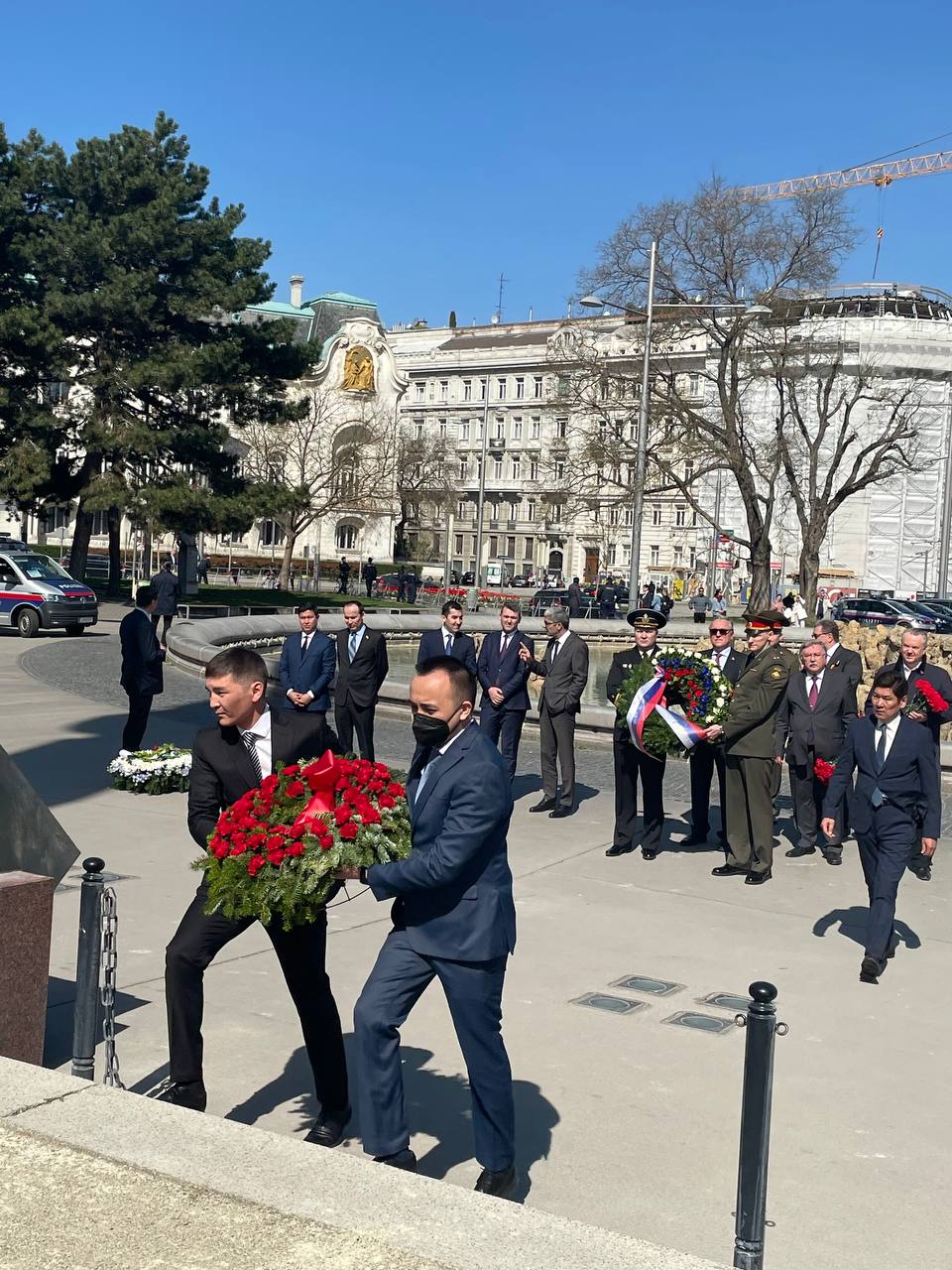 A solemn event dedicated to the 77th anniversary of the liberation of Vienna, the capital of Austria, by the Soviet Army took place on April 13, 2022.

Ambassador Extraordinary and Plenipotentiary of the Kyrgyz Republic to Austria Tolendy Makeev and diplomatic staff of the Kyrgyz mission laid wreath at the monument to the Soviet soldier-liberator on Schwarzenberg Platz in Vienna.

The heads and diplomats of a number of missions of the CIS member states also took part in the solemn ceremony.

Representatives of the Embassy and Permanent Mission of Ukraine in Vienna held the laying ceremony separately at 08.00 am.

For reference: The assault on Vienna was part of the Vienna offensive operation of 1945 and lasted from April 5 to April 13, 1945.

The Soviet War Memorial in Vienna, more formally known as the Monument to the Heroes of the Soviet Army is located at Vienna's Schwarzenbergplatz. The Monument was built to commemorate 17,000 Soviet soldiers who fell in during the liberation of Austria from fascism. It was unveiled on August 19, 1945.