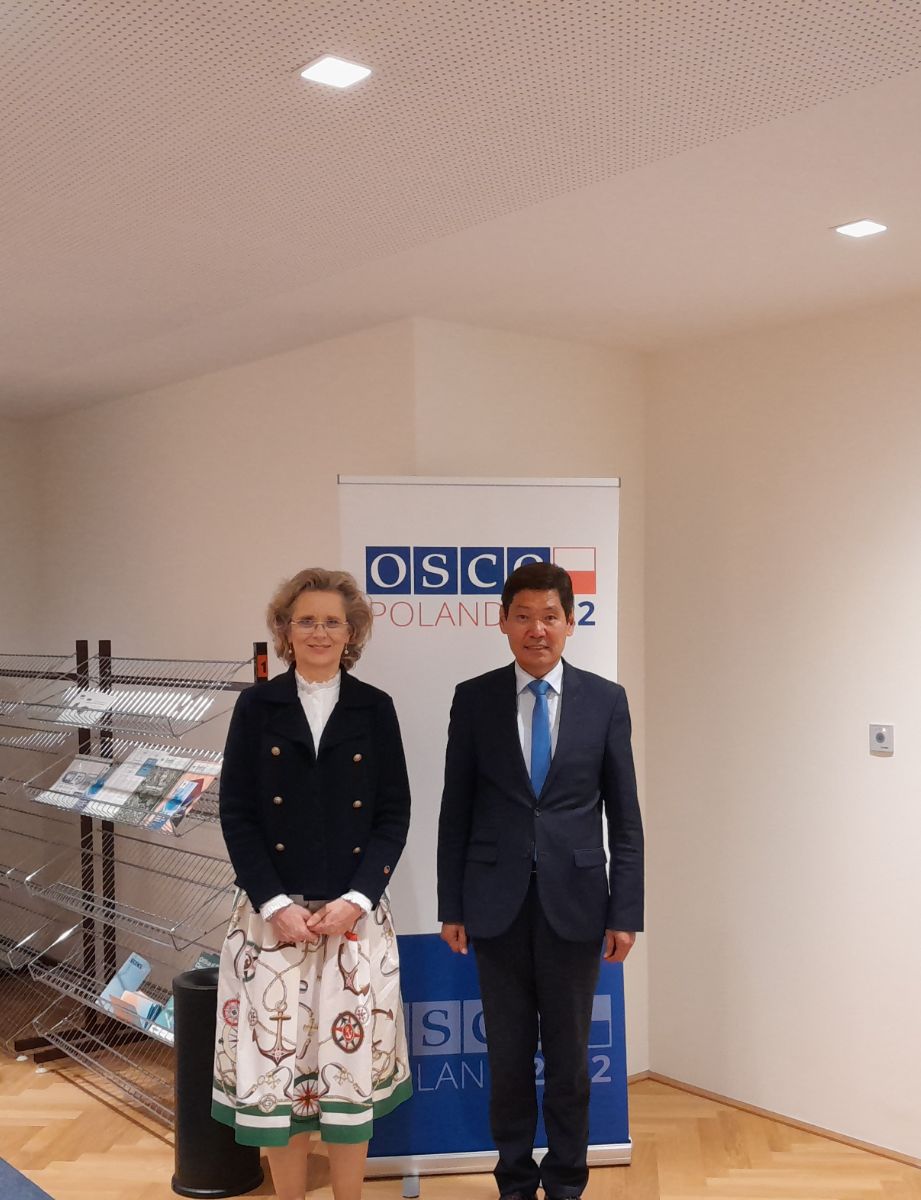 On 17 May 2022 the meeting between the Permanent Representative of the Kyrgyz Republic to the OSCE, Ambassador Tolendy Makeyev and the President of the OSCE Parliamentary Assembly (OSCE PA), Ms. Margareta Cederfelt was held in Vienna.

He thanked Ms. M.Cederfelt for sending the OSCE PA observation Mission to Kyrgyzstan to monitor the parliamentary elections in the Kyrgyz Republic, which took place on 28 November 2021.

He welcomed the appointment of Ms. Pia Kauma as the OSCE PA Special Representative for Central Asia. He informed about her recent official visit to the Kyrgyz Republic on 21-22 April 2022 and expressed hope for the continuation of active and constructive cooperation within the framework of her mandate.

She expressed her hope that the delegation of the Jogorku Kenesh (parliament) of the Kyrgyz Republic will be able to take part in the 29th annual session of the OSCE PA in Birmingham (Great Britain) on 2-6 July this year.

Some actual issues on the international agenda were also raised during the meeting.