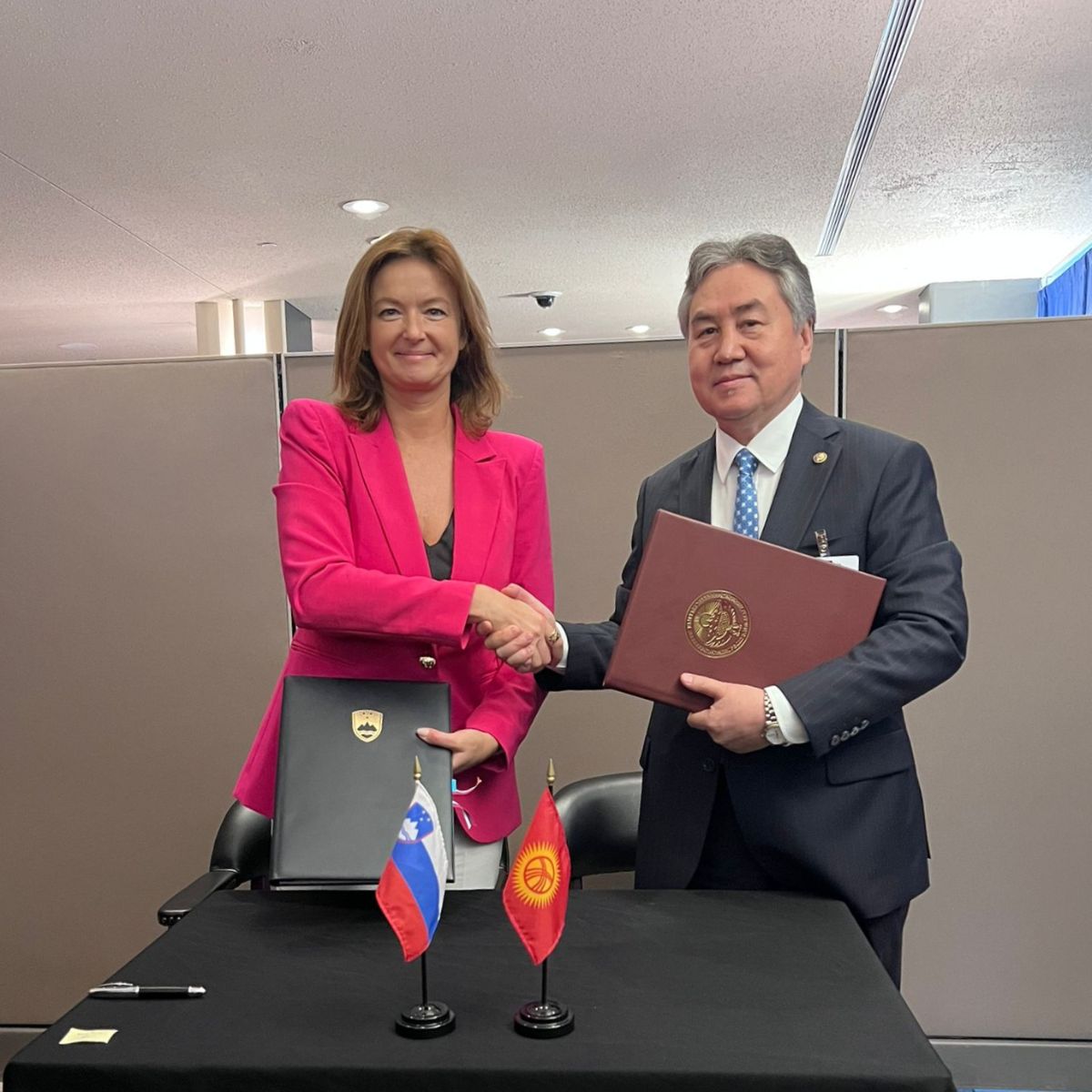 During the meeting the parties discussed topical issues of bilateral cooperation, noted the need to intensify political, trade, economic, cultural and humanitarian cooperation.

During the meeting the Ministers of Foreign Affairs of the Kyrgyz Republic and Slovenia also signed an Agreement between the Cabinet of Ministers of the Kyrgyz Republic and the Government of Slovenia on economic cooperation, which creates favorable conditions for building up bilateral economic cooperation, creating joint Kyrgyz-Slovenian enterprises, implementing investment projects, launching the Kyrgyz-Slovenian Intergovernmental Commission on Economic Cooperation.

The parties indicated the importance of further expanding the legal framework between the two countries.