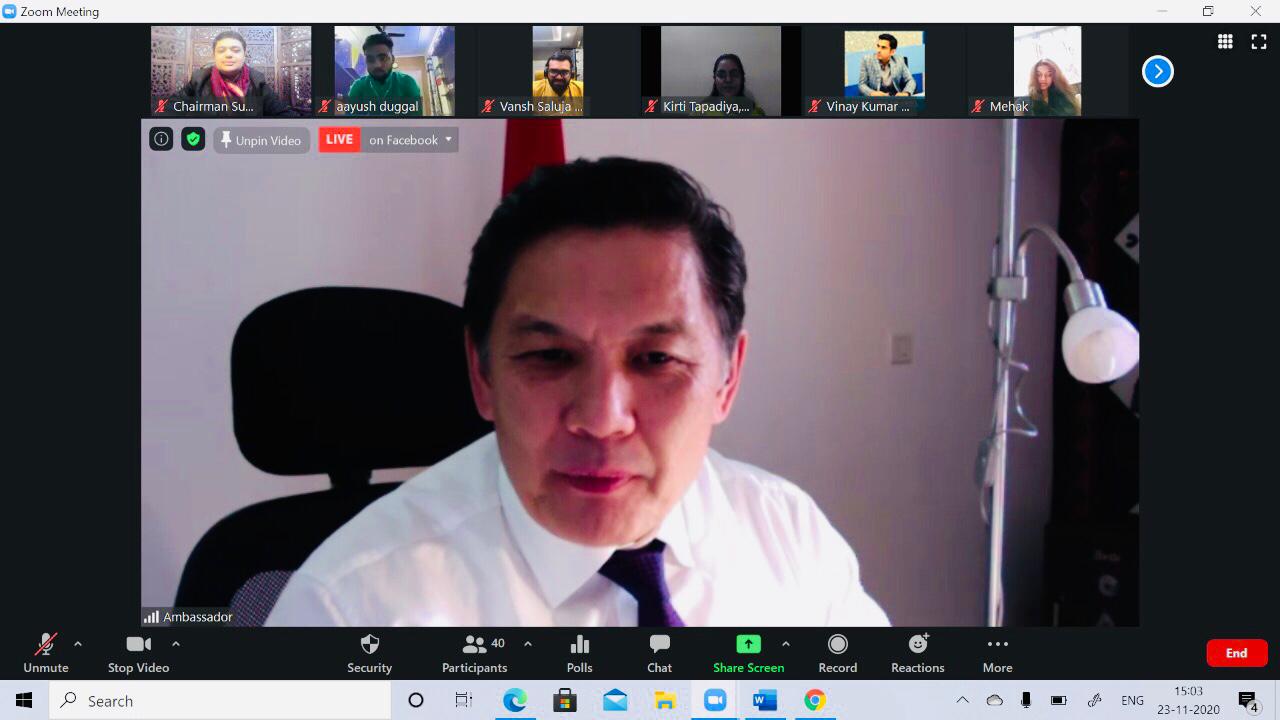 On November 23, 2020, a video conference of the Confederation of Young Leaders (CYL) was held with the participation of Asein Isaev, Ambassador Extraordinary and Plenipotentiary of the Kyrgyz Republic in India.

During the meeting Mr.Asein Isaev informed the participants of the conference in detail about the current state of Kyrgyz-Indian relations, including issues of economic and cultural cooperation, investment opportunities of Kyrgyzstan and prospects for cooperation in the field of tourism, as well as about the place and role of youth in modern life of the Kyrgyz Republic.

The participants asked for A.Isaev’s feedbackregarding cooperation between Kyrgyzstan and India in the field of environmental projects, the position of the Kyrgyz Republic on the reform of the UN Security Council, in particular about changing its structure and method of work, the significance for the Kyrgyz Republic and India of the Regional Comprehensive Economic Partnership (RCEP) Agreement, which was signed on November 15, 2020, on the sidelines of the Annual ASEAN Summit, the current situation in Afghanistan, as well as the latest political changes in Kyrgyzstan.

Following the meeting, the participants agreed to establish a Kyrgyz-Indian Youth Forum.

For reference:CYL is one of the foremost chambers for youth organizations and young leaders in India working at the grass-root level & with strong national and international linkages.

Collectively programs at CYL engaged more than 50,000 Youth who spearheaded shaping it as a fountainhead of knowledge for youth citizenry, which is all set to redefine the dynamics of growth and development in the 21st century. CYL is backed by a stellar Board of Advisors which includes Governors, United Nations Advisors, Bureaucrats and Vice Chancellors.

The CYL Youth Dialogue series has drawn wide attention from the political and academic circles of India including from the Hon’ble Prime Minister of India Shri. Narendra Modi.