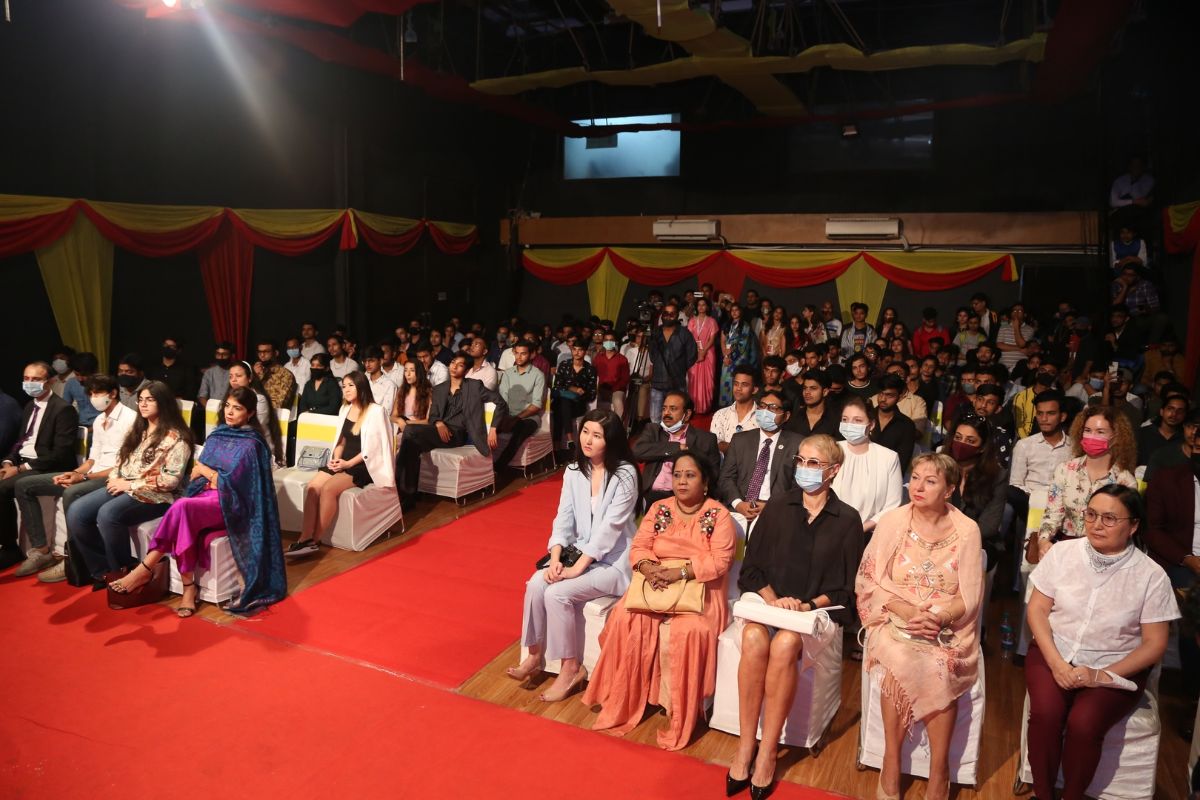 On October 6-7, 2021, a Festival of Kyrgyz films was held in India. The event was organized by the Embassy of the Kyrgyz Republic in India in association with the International Chamber of Media and Entertainment Industry, «Marwah Studios», and the Asian Academy of Film and Television, which is now one of the ten best film schools in the world.

In his welcoming speech, Ambassador of the Kyrgyz Republic to India Asein Isaev noted that the phenomenon of the “Kyrgyz miracle” of domestic cinema appeared thanks to such directors as Tolomush Okeev, Bolot Shamshiev, Gennady Bazarov and others. A key role in this was played, of course, by Chyngyz Aitmatov, who headed the Union of Cinematographers in the 60-70s. Films were shot based on his works, which were included in the golden fund of world cinema.

Separately, it was noted about the celebration this year of the 80th anniversary of Bolot Shamshiev, an outstanding director of Soviet and Kyrgyz cinema, who shot such famous films as "Scarlet Poppies of Issyk-Kul", "Early Cranes", "Wolf Greek, etc.

Within the framework of the festival, the audience was shown a classic film based on the work of Chyngyz Aitmatov: "Mother's Field", as well as feature films of Kyrgyz filmmakers of a new generation "Kurmanzhan Datka" and "Song of the Tree".

All Kyrgyz films made a strong impression on the audience and were highly appreciated by the honoured guests of the ceremony.

As a result of the event, Mr. Sandeep Marwah noted the deep interest of the Indian audience in the Kyrgyz cinema.

In this regard, an agreement was reached to hold a number of events aimed at cultural rapprochement between our countries.

In addition, within the framework of the Festival, the Embassy organized a photo exhibition dedicated to the 30th anniversary of the Independence of the Kyrgyz Republic.

The Embassy also expresses its deep gratitude to Mr. Sandeep Marwah and the national film studio "Kyrgyzfilm" for their support in organizing the Festival.