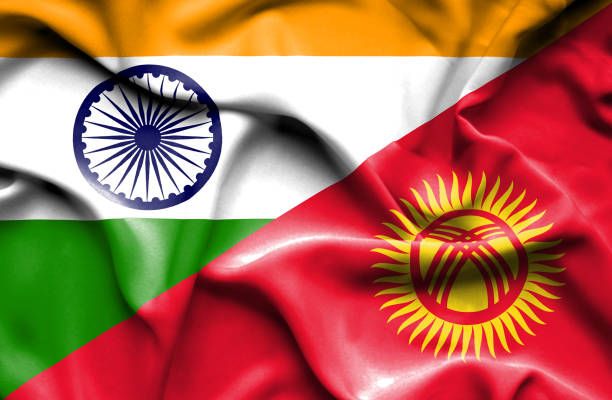 On March 25, 2021, an online business forum "Kyrgyzstan-South India: Opportunities for Cooperation" was held.

The business forum was attended by the Extraordinary and Plenipotentiary Ambassador of the Kyrgyz Republic to India Asein Isaev, President of the Indian Economic Trade Organization (IETO) Asif Iqbal, Head of the Export Department of the State Agency for Attraction and Protection of Investments under the Ministry of Economy and Finance of the Kyrgyz Republic Nurlan Aripov, Head of the Foreign Economic Relations Department Chamber of Commerce and Industry of the Kyrgyz Republic N. Katipova, directors of IETO departments and representatives of a number of leading companies and enterprises from southern India. The total number of participants was 31 people.

Ambassador Asein Isaev noted in his speech that taking into account the large population of India and its vast territory, holding business conferences on the development of bilateral relations between the Kyrgyz Republic and various regions of India is of great importance.

President of the IETOAsif Iqbal noted that there is a great potential for trade and economic cooperation between India and the Kyrgyz Republic. The main goal of the event is to strengthen Indian-Kyrgyz cooperation in various fields. He said that the event was attended by representatives of business in the field of agriculture, mining, tourism, film industry, hotel construction, etc. The President of the IETO noted that commercial consultations between countries should take place on a regular basis using all available mechanisms.

As a result of the event, an agreement was reached on organizing a visit of a business delegation from South India to the Kyrgyz Republic in the first half of 2021 to establish cooperation in such areas as: mining, textiles, tourism, agriculture, film industry, etc.