А – А А +
Обычная версия
Скрыть
News / News and Events / About the participation of the Extraordinary and Plenipotentiary Ambassador of the Kyrgyz Republic in India Asein Isaev in the forum "EAEU - Latin America and the Caribbean: transcontinental partnership" 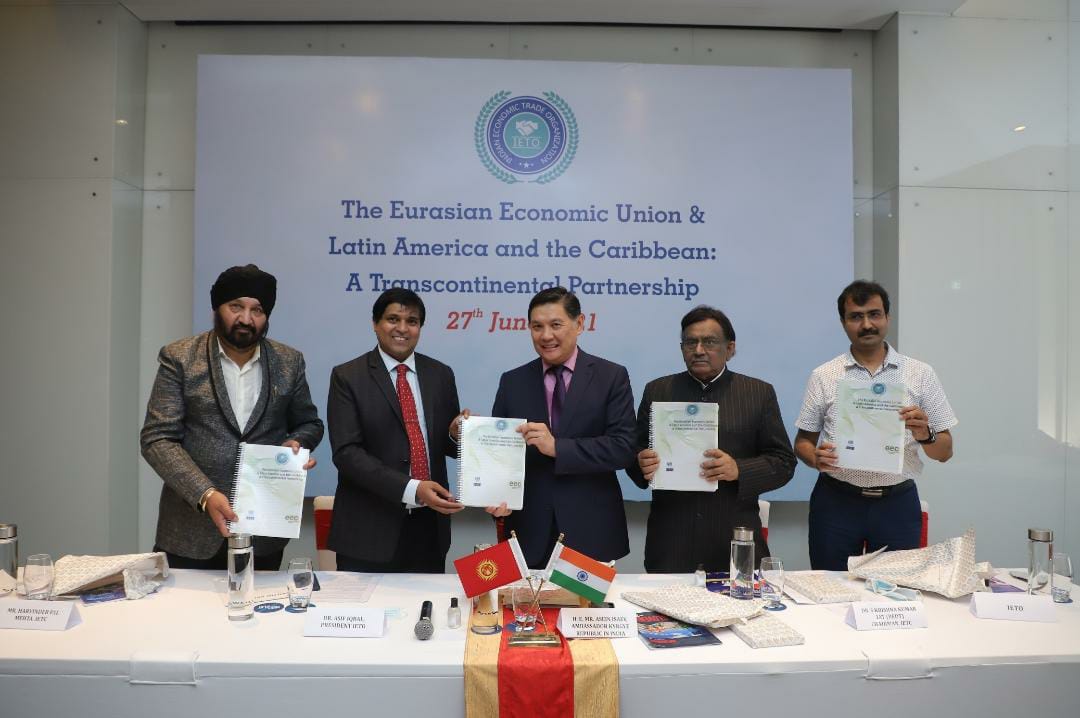 On July 27, 2021 Extraordinary and Plenipotentiary Ambassador of the Kyrgyz Republic in India Asein Isaev made a speech at the forum "EAEU - Latin America and the Caribbean: Transcontinental Partnership" organized by the Indian Economic Trade Organization (IETO).

The event was attended by the leadership of the IETO, the Center for Cultural Diplomacy of India, representatives of the diplomatic corps, the business community of India, etc.

In his speech, A. Isaev briefly informed about the Union and the participation of the Kyrgyz Republic in the EAEU and noted the importance of the earliest consultations on the draft agreement on the creation of a free trade zone between the EAEU and India.

During the event, a thorough exchange of views took place on the possibilities and prospects of trade, economic and investment cooperation between Kyrgyzstan and India.

The participants of the event were provided with relevant information about investment, tourism, trade and economic opportunities of the Kyrgyz Republic. A number of agreements were reached on holding bilateral Kyrgyz-Indian events, as well as the possibilities of implementing concrete projects in Kyrgyzstan were considered. In this context, representatives of the Indian business community expressed their intention to visit the Kyrgyz Republic.

In addition, within the framework of the forum, agreements were reached on the establishment of a Trade Council between India and the EAEU.