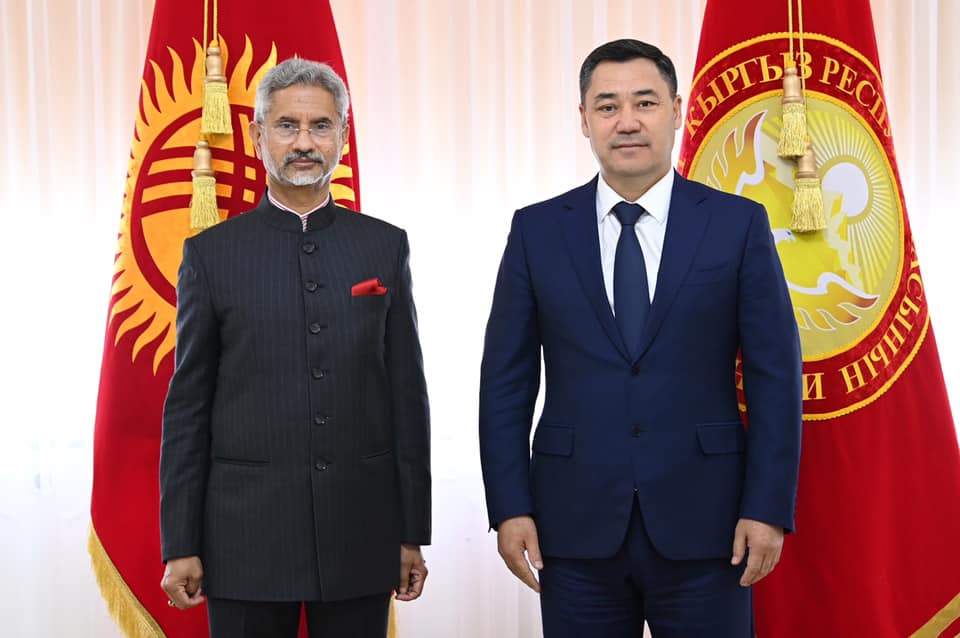 President of the Kyrgyz Republic Sadyr Japarov today, October 11, received the Minister of External Affairs of the Republic of India Subramanyam Jaishankar, who is in the country on an official visit.

An exchange of views took place on the development of Kyrgyz-Indian cooperation in all areas of interest, including in trade and economic, military-defense, cultural, humanitarian and educational spheres.

The Head of State emphasized with satisfaction the deep political understanding existing between the countries, which makes it possible to develop fruitful cooperation based on traditional friendship and mutual trust.

The President noted the growth in bilateral trade in recent years, adding that India is one of the main suppliers of pharmaceutical products to Kyrgyzstan and plays an important role in providing the textile industry, medical tourism and other industries.

Sadyr Japarov said that Kyrgyzstan is interested in further development of cooperation with India in the field of direct investments in energy, processing industry, agriculture, medicine and tourism.

The head of state also touched upon the topic of cooperation in the field of security and military affairs between Kyrgyzstan and India, which is effectively developing in bilateral and multilateral formats.

President Sadyr Japarov expressed the desire of the Kyrgyz side to further develop and strengthen military-defense cooperation.

The Indian Foreign Minister emphasized the determination to intensify and develop bilateral cooperation and the readiness to pay attention to investment projects in the fields of digitalization, healthcare and tourism.

Subramanyam Jaishankar noted that during his official visit, the countries signed a Memorandum of Understanding between the Cabinet of Ministers of Kyrgyzstan and the Government of India on grant aid from India in order to implement rapid impact projects aimed at social development.

He also supported Sadyr Japarov's proposals to promote cooperation in a number of sectors, in particular in the field of medical tourism, security and military-defense cooperation.

At the end of the meeting, President Sadyr Japarov once again emphasized the intentions of the Kyrgyz side for an active friendly and confidential dialogue with India on all issues of the joint agenda.