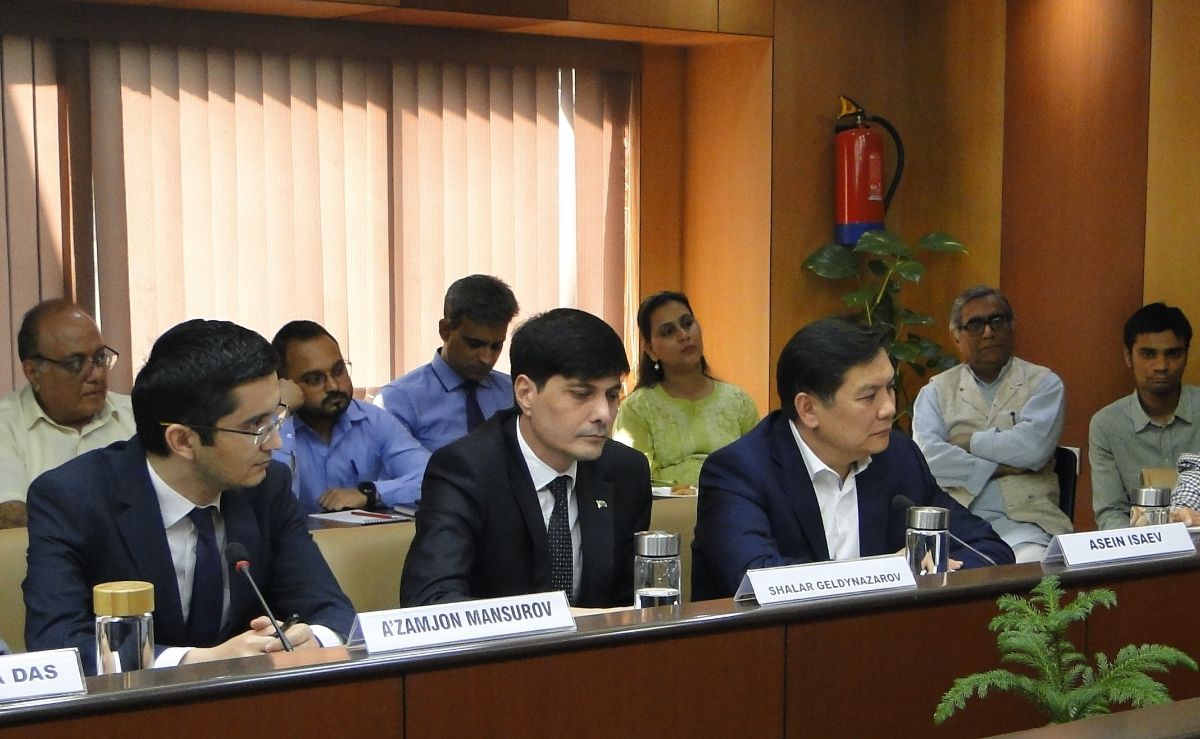 On 4th April 2019, “India-Central Asia: Traditional ties and Development Partnership” Seminar was held at the Research and Information System for Developing Countries with the participation of diplomatic corps, research centres of India, journalists, business associations.

Ambassador Asein Isaev in his speech noted the growing, intensive bilateral contact between Kyrgyzstan and India, the importance of establishing a new format of interaction India-Central Asia Dialogue. He outlined the prospects for trade and economic relations, as well as upcoming events at a high level.

The speakers emphasized the lack of mutual information about each other, the difficulties of transport logistics, the existing tariff and other problems of conducting common mutual trade.

At the same time, the diplomats and experts who visited the Central Asian states particularly noted the special spiritual comfort from being in Kyrgyzstan and other Central Asian countries.

As an alternative to air traffic connectivity, which is inconstant and unreliable due to the tensions on the Indo-Pakistan border, the need to develop communications through the seaports of Mumbai and Chabahar, followed by access to the Central Asian region, is indicated.

In this context, the possible use of the railway connectivity and the development prospects of the international North-South transport corridor project are also mentioned.

The participants discussed the potential of Eurasian Economic Union and SCO for the development of a common partnership, and the role of India in the SCO, which will provide a meaningful agenda for the further cooperation.

Such promising areas of cooperation as tourism, pharmaceuticals, medicine, and student exchange and the need to increase people-to-people contacts between nations has been mentioned.

As an outcome of the seminar, it was agreed to hold on a regular basis such meetings in order to take the cooperation of the countries of the Central Asian region and India to a new level, the achievement of which is a task for both parties.