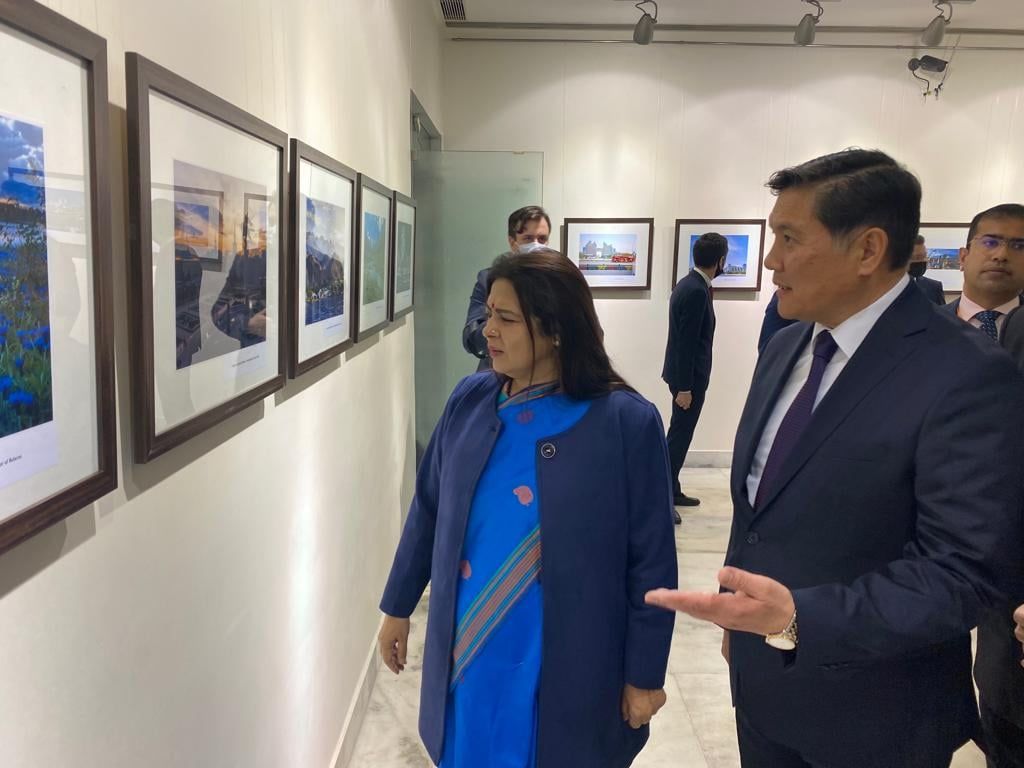 On December 14, 2021, the Kyrgyz Embassy in New Delhi took part at an event dedicated to the 30th anniversary of the CIS countries.

The event was organized by the diplomatic missions of the CIS member states (Azerbaijan, Armenia, Belarus, Kazakhstan, Kyrgyzstan, Russia, Tajikistan, Turkmenistan and Uzbekistan).

The Chief Guest of the event was the Minister of State for External Affairs of India, Ms. Meenakshi Lekhi, who in her speech noted that historically India had close contacts with all the countries of the Commonwealth, which today remain traditionally warm and friendly.

It was noted that India intends to further develop strong ties in many areas with the CIS countries. “We must make every effort to develop ties between our peoples in all spheres. And we will be able to achieve this only by uniting”, said Ms. Lekhi.

As part of the event, a joint photo exhibition of the Commonwealth countries dedicated to the 30th anniversary of Independence was organized, and the guests of the evening had the opportunity to taste various dishes of the national cuisine of all 9 CIS countries, including Kyrgyz cuisine.