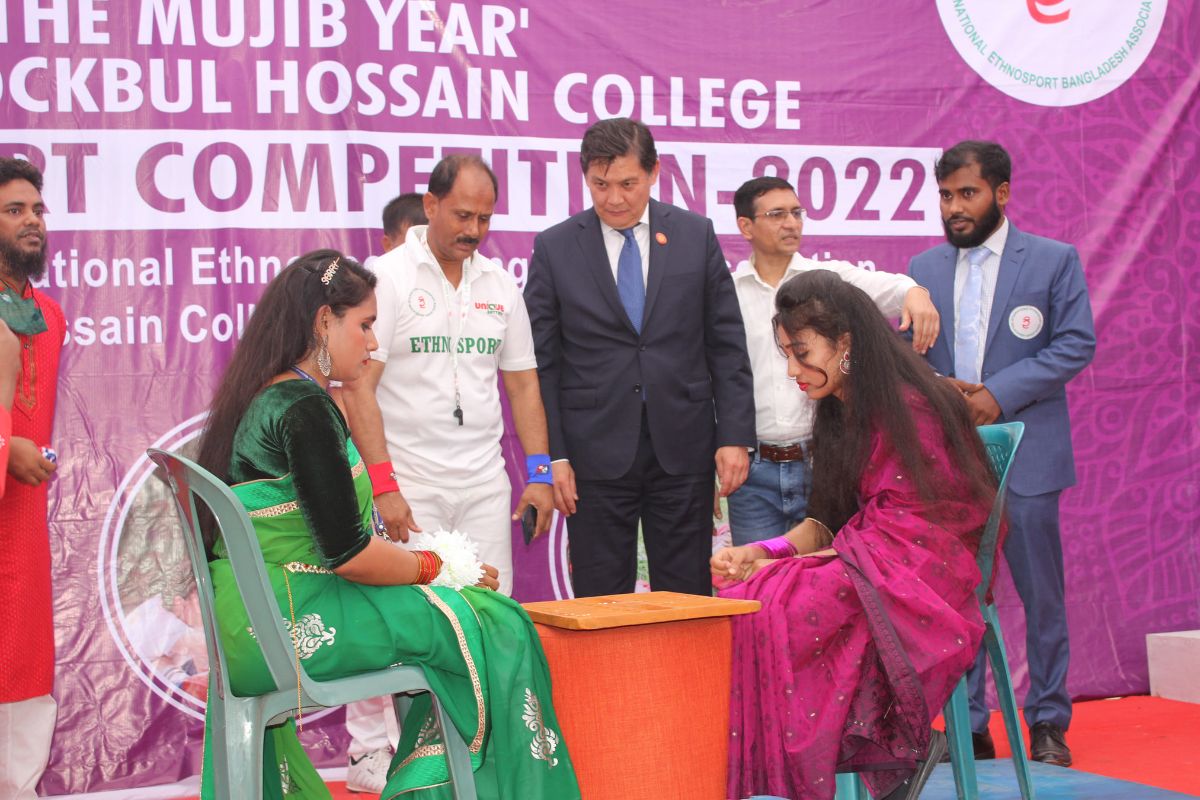 Toguz-korgool and mas-wrestling competitions were held in nine separate groups. In total, 210 students from the local college Alhaz Mokbul Hossein took part in the competition, which started on March 23.

Speaking at the awards ceremony, Ambassador Asein Isaev thanked the founders and President of the International Ethnosport Bangladesh Association, which has been promoting traditional Kyrgyz ethnic sports in Bangladesh for several years and for supporting Kyrgyz traditional games in Bangladesh.

Taking the opportunity, the Ambassador, expressing gratitude to the Association for participating in the World Nomad Games in Kyrgyzstan in 2016 and 2018, invited athletes from Bangladesh to take part in the Games to be held this year in Turkey.

“Kyrgyzstan attaches great importance to strengthening bilateral relations with Bangladesh, including in the field of sports. Understanding the important role of sport as a factor in the spiritual development of youth, we will continue to develop cooperation in these areas. We hope that such cooperation between the two countries will continue in the future. We are also waiting for the invitation of a sports delegation from the Kyrgyz Republic to participate in sports events in Bangladesh,” Asein Isaev said.

The participants of the tournament showed exciting games also thanks to the support of a large number of local audience who were delighted with the games and the enthusiasm of the athletes.

The Embassy and the Bangladesh Ethnosport Association agreed to further promote Kyrgyz ethnic sports in Bangladesh and jointly hold similar sporting events in the future.