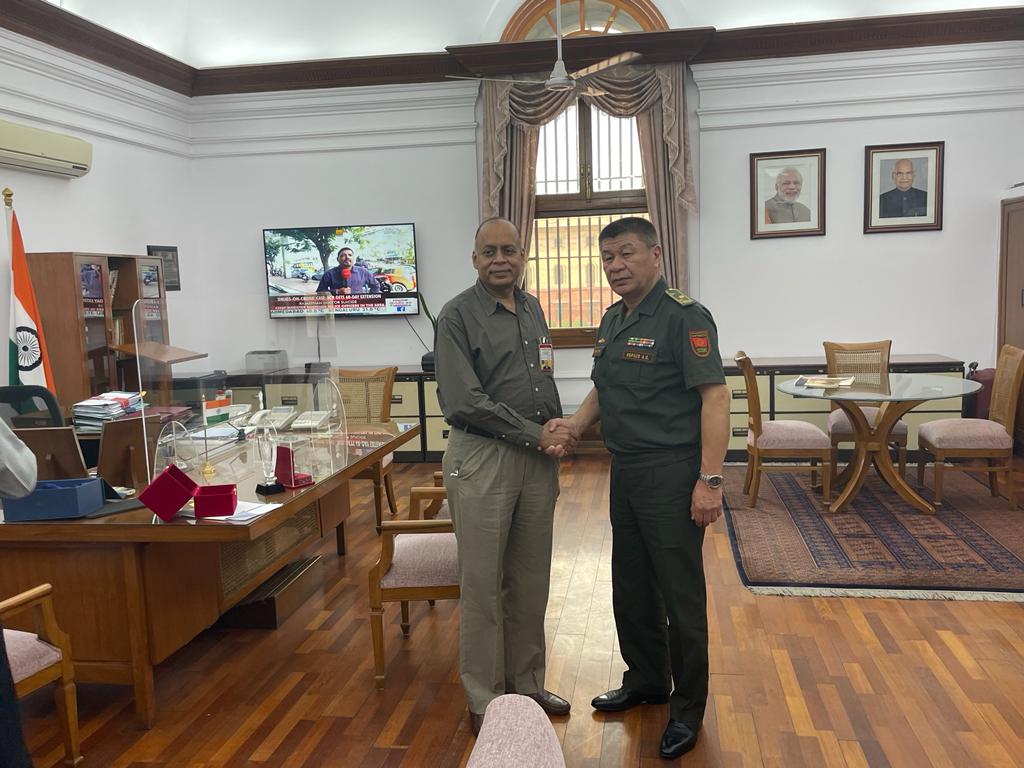 During the meeting, the parties discussed a wide range of issues of bilateral military-technical cooperation, including the issues of holding the first meeting of the Special Expert Working Group on Military-Technical Cooperation, the Kanzhar exercises, which are currently taking place in Bakloh, Himachal Pradesh, the visit of cadets of the Kyrgyz National Military Lyceum to the Republic of India to participate in the celebration Republic of India Day, etc.

Deputy Minister of Defense A.Ibraev emphasized that the Republic of India is one of the important strategic partners of the Kyrgyz Republic. Over the years of cooperation with the Republic of India, a rather extensive international treaty base has been formed, which allows for military cooperation with the Indian side on a planned basis in such areas as military education, peacekeeping, military-technical cooperation, combat and special training, as well as the exchange of visits and meetings.

The parties emphasized that cooperation in the field of security and military sphere between Kyrgyzstan and India is effectively developing both in bilateral and multilateral formats. There is a common understanding that the UN should play the central role of coordinating the efforts of the international community in combating the terrorist threat. The role of the joint exercises Kanzhar, as well as exercises within the framework of the SCO and UN peacekeeping missions, was highlighted.

The visit of the Deputy Minister of Defense of the Kyrgyz Republic A. Ibraev to India takes place as part of participation in the Second International Conference on Defense and Security in New Delhi from March 30 to March 31, 2022.