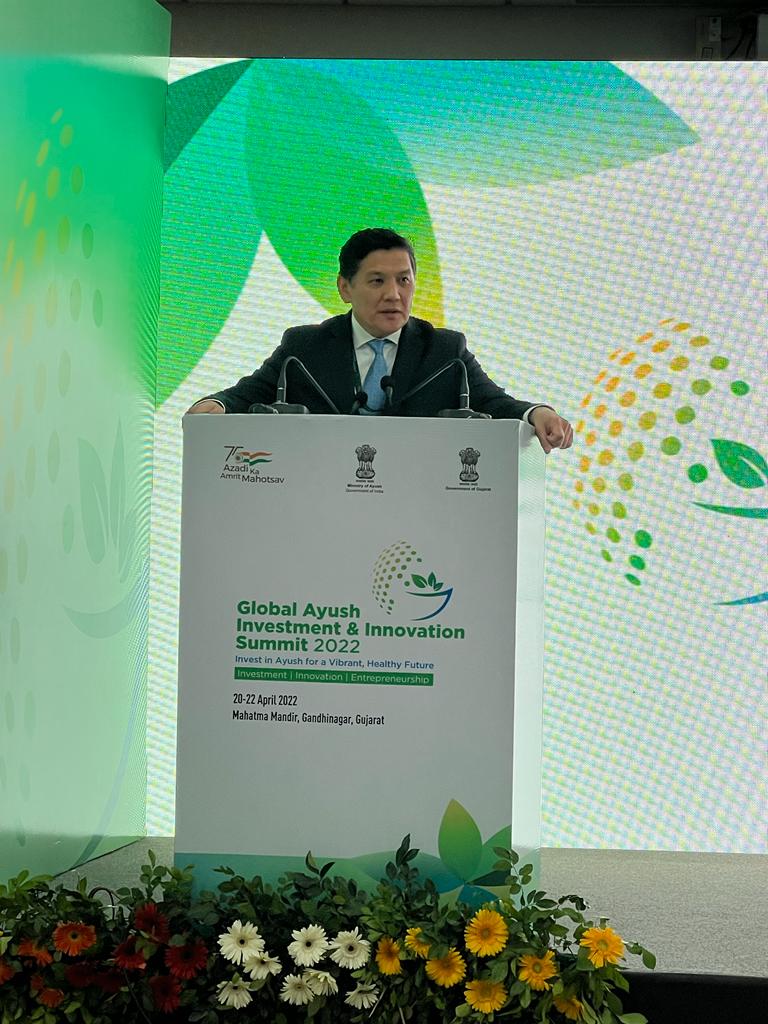 On April 20 the Global Ayurveda Investment and Innovation Summit took place with the participation of the Prime Minister of India Shri Narendra Modi and the Director General of the World Health Organization (WHO) Tedros Ghebreyesus in Gujarat (India).

Speaking at the opening ceremony, Prime Minister Modi noted that today there is an unprecedented demand for the production of Ayurvedic products and cosmetics, so, in 2014, the Ayurveda sector was less than $ 3 billion, and today it exceeded $ 18 billion.

The Director General of WHO Tedros Gebreyesus, in his turn, said that Ayurvedic medicine was recognized by a number of European countries, as well as WHO as an alternative medicine, and today on the use of its methods, 170 of the 194 WHO member states reported. According to WHO, 80 percent of the world's population enjoy the services of tradition medicine.

In this regard, the Ambassador expressed interest on the exchange of experience in the field of the development of traditional medicine, and also invited representatives of the Ministry of AYUSH Government of India to visit the Kyrgyz Republic.

The Ambassador also reported that the issue of signing a Memorandum of understanding between Health Ministry of Kyrgyz Republic and the Ministry of AYUSH of India to create a joint working group on cooperation in traditional medicine is under consideration.