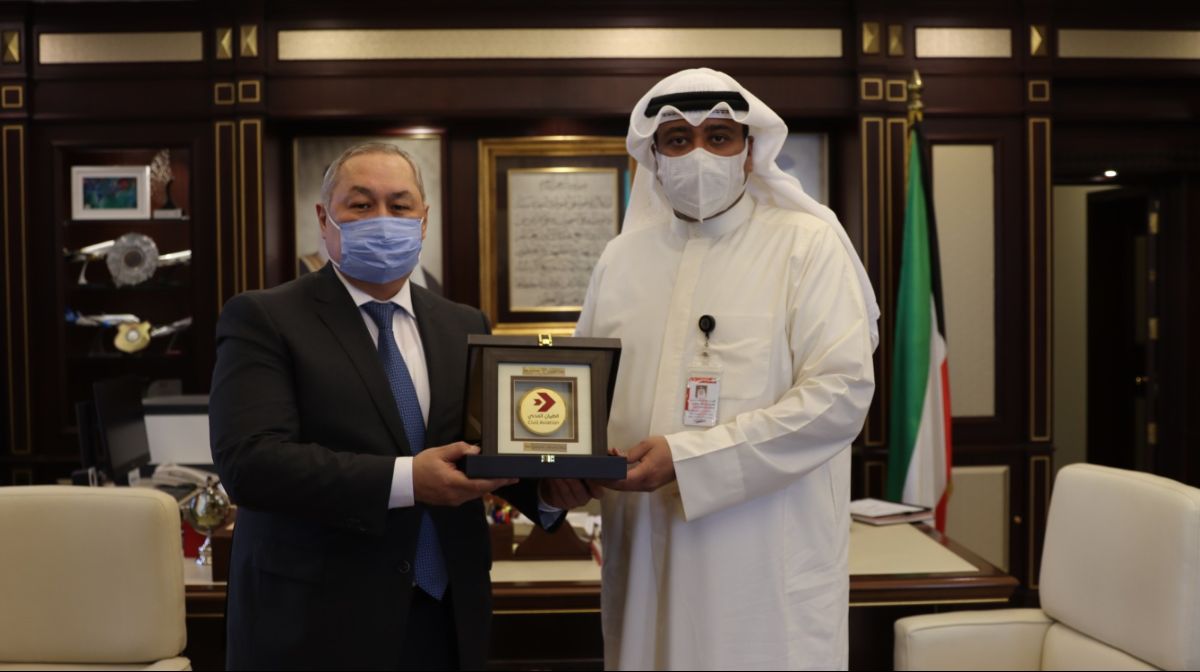 On October 28, 2021, Ambassador Extraordinary and Plenipotentiary of the Kyrgyz Republic to the State of Kuwait Azamat Karagulov held a meeting with the President of Civil Aviation of the State of Kuwait Sheikh Abdullah Ali Al-Abdullah Al-Salem Al Sabah to discuss bilateral cooperation in the field of civil aviation.

Ambassador A. Karagulov expressed gratitude to Sheikh Abdullah Ali Al Sabah for including the Kyrgyz Republic in the list of countries to which flights are allowed and assistance in opening direct flights from Kuwait to Bishkek and Osh. He also noted the purposeful efforts of the Kyrgyz side in this area, and in particular, the application of the "Open Sky" policy, the adoption of the law on the "Right of the fifth freedom of the air" and the introduction of a visa waiver program for citizens of Kuwait and the Arab states of the Gulf.

For his part, Sheikh Abdullah Ali Al Sabah said that he considers Kyrgyzstan as a brother state and intends to launch Kuwait Airways flights to Kyrgyzstan as amount of passenger increases in the future. He also agreed with the opinion that this year Kyrgyzstan has become a new tourist destination for Kuwaitis, assuring the readiness of interdepartmental cooperation to further promote the development of interaction in the field of civil aviation and tourism between the two countries.

The sides also exchanged views on further efforts to increase trade, taking into account the favorable opportunities for Kyrgyz and Kuwaiti business communities in connection with the opening of direct flights between the two countries. In conclusion, Ambassador A. Karagulov invited the President of the Civil Aviation of Kuwait to visit Bishkek.