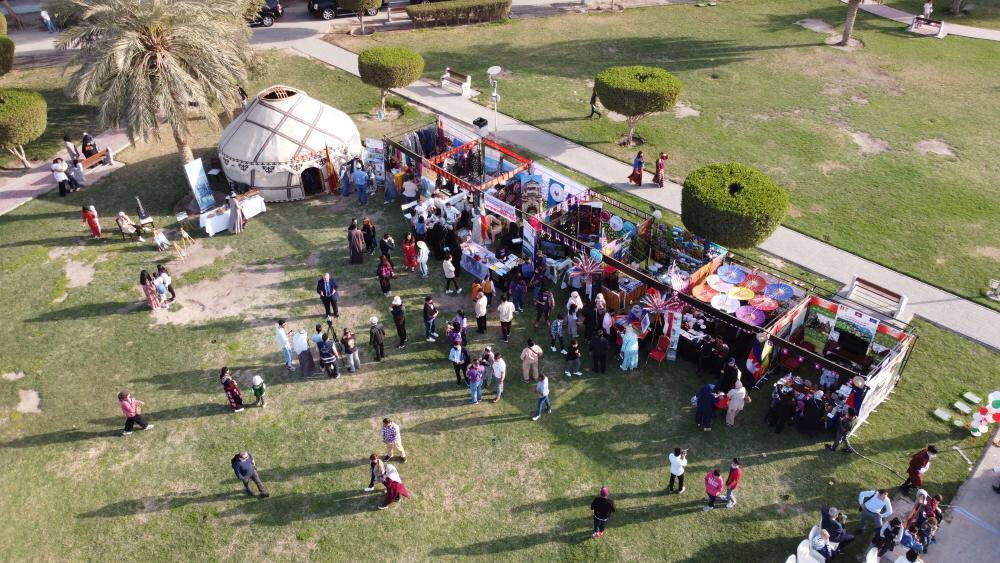 On March 19, 2022, the Embassy of the Kyrgyz Republic in the State of Kuwait took part in the “Spring Festival” on the occasion of the Nooruz holiday and festivities in honor of the national day of the host country, which was initiated by the embassies of the Central Asian states and held with the participation of 36 other embassies and representative offices accredited in Kuwait.

At the event in the metropolitan park "Abrazh" in the city of El Kuwait, the Embassy installed a white yurt and a pavilion of Kyrgyz culture, where domestic products, national clothes, souvenirs, dishes and sweets were demonstrated. Information about the tourism potential of Kyrgyzstan was presented to the main guests and visitors of the pavilion in terms of opening direct regular flights from Kuwait to Bishkek and Osh, as well as souvenirs, treats and drinks were distributed.

Citizens of Kyrgyzstan living in Kuwait took an active part in the festival, who, along with the demonstration and promotion of Kyrgyz products, took part in the concert program, performing Kyrgyz songs on the komuz and national dances. Participants and guests of the event took the Kyrgyz pavilion with keen interest, which was actively covered by the leading Kuwaiti media