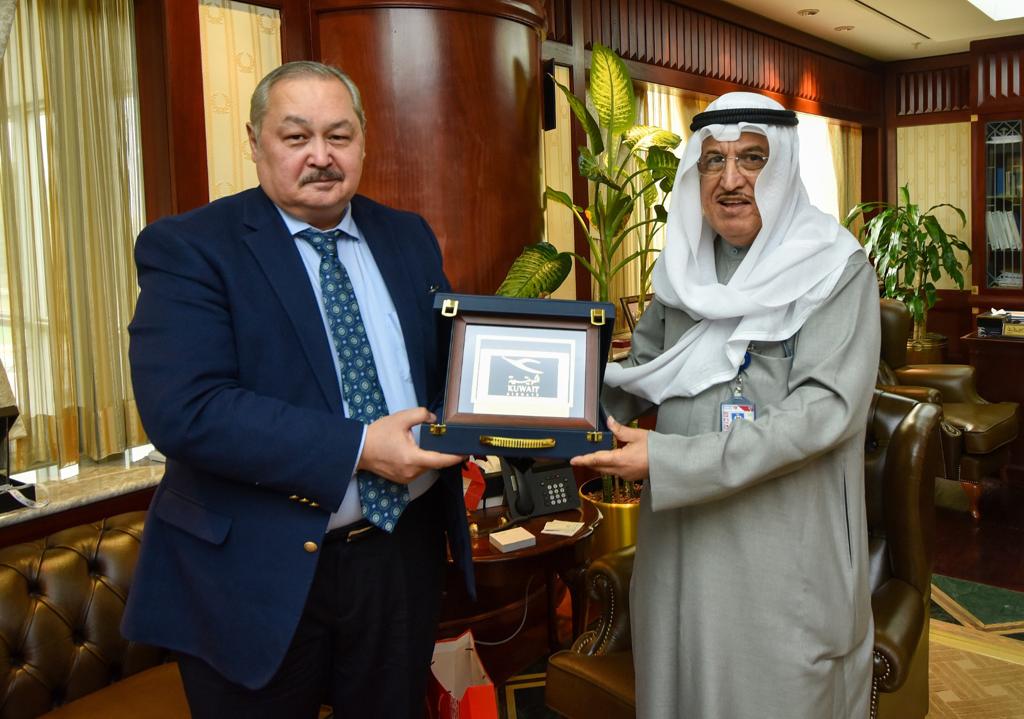 On March 21, 2022, the Ambassador Extraordinary and Plenipotentiary of the Kyrgyz Republic to the State of Kuwait, Azamat Karagulov, met with the Head of the National Airline of Kuwait (Kuwait Airways) Mr. Ali Muhammad Al-Dukhan to get acquainted and discuss the prospects for the development of bilateral cooperation in the field of direct flights between two countries.

Along with the main areas of interaction between the two states, Ambassador A.Karagulov spoke about the successful work of the Embassy in launching direct flights from Kuwait to Bishkek and Osh, a significant increase in passenger traffic and preparations for the new tourist season. In this regard, he noted the targeted efforts of the Kyrgyz side to introduce a visa-free regime for citizens of Kuwait and the Gulf states, apply the "Open Skies" policy, adopt the law on the "Right of the fifth degree of air", etc.

In turn, Ali Al-Dukhan expressed the interest of Kuwait Airways in launching flights to Bishkek in the upcoming summer season, agreeing with the opinion that Kyrgyzstan is turning into a popular and recognizable destination for tourists from Kuwait. In particular, he assured of his readiness to send his representatives to Bishkek to study the conditions for opening a new flight and, in general, to promote the development of cooperation in the field of air traffic, tourism and trade.

The parties also exchanged proposals on establishing freight traffic and increasing trade turnover due to the presence of direct flights between Kyrgyzstan and Kuwait, noting the need to encourage interagency contacts and, in particular, the importance of the participation of representatives of the private sector in the development of trade and economic cooperation. In conclusion, Ambassador A.Karagulov invited the Head of Kuwait Airways to visit Kyrgyzstan.