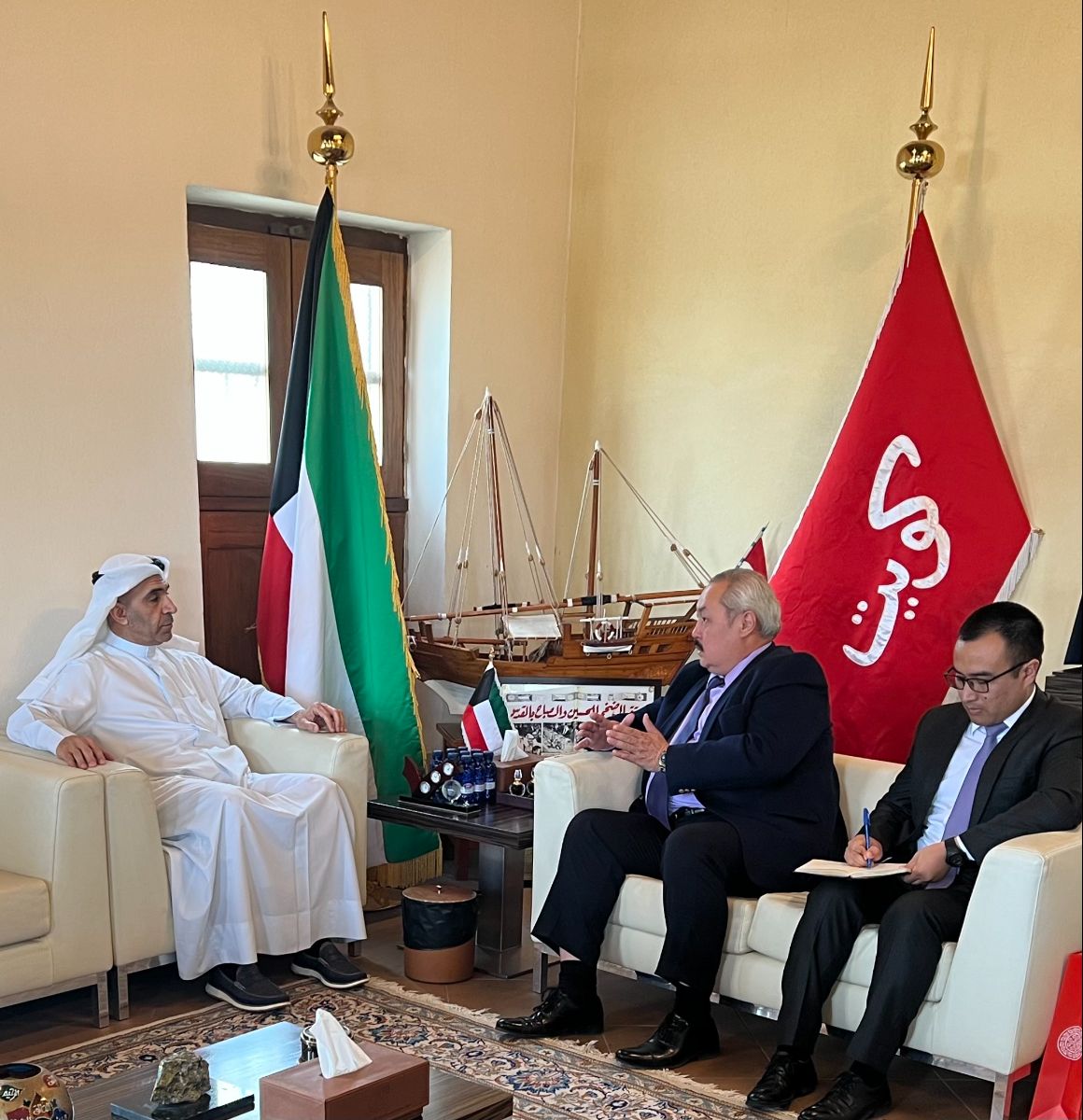 On March 24, 2022, Ambassador Extraordinary and Plenipotentiary of the Kyrgyz Republic to the State of Kuwait Azamat Karagulov met with Ambassador Nasser Sabeeh Alsabeeh - Director General of the Diplomatic Institute of the Ministry of Foreign Affairs of Kuwait named after Saud Al Sabah in order to get acquainted and discuss the prospects for cooperation between specialized universities of the two states.

Ambassador A.Karagulov congratulated N.Alsabeeh on his appointment as Director General of the Diplomatic Institute and conveyed greetings from the Rector of the Diplomatic Academy of the Ministry of Foreign Affairs of the Kyrgyz Republic named after. K. Dikambaeva Ms. Ch. Adamkulova. He reported on the interest of the Kyrgyz side in expanding scientific and academic exchange and readiness to sign a Memorandum of Understanding in the framework of the upcoming visit of the Minister of Foreign Affairs of the Kyrgyz Republic to Kuwait.

In turn, Ambassador N. Alsabeeh expressed his gratitude and welcomed the intentions of the Kyrgyz side, confirming the readiness to sign the relevant memorandum and close cooperation between universities. In particular, he noted the broad international relations of the Diplomatic Institute and expressed interest in the joint organization of courses and seminars for diplomats of the two countries, as well as the exchange of experience at the level of the teaching staff.

Along with this, the parties made brief excursions into the history of the establishment and activities of the diplomatic universities of the two countries. Ambassador A. Karagulov spoke about the high interest of the youth of Kyrgyzstan in the study of the Arabic language, history and culture of the Arab world, and at the end of the conversation he invited Director General Nasser Al-Subeih to visit Bishkek at any convenient time.