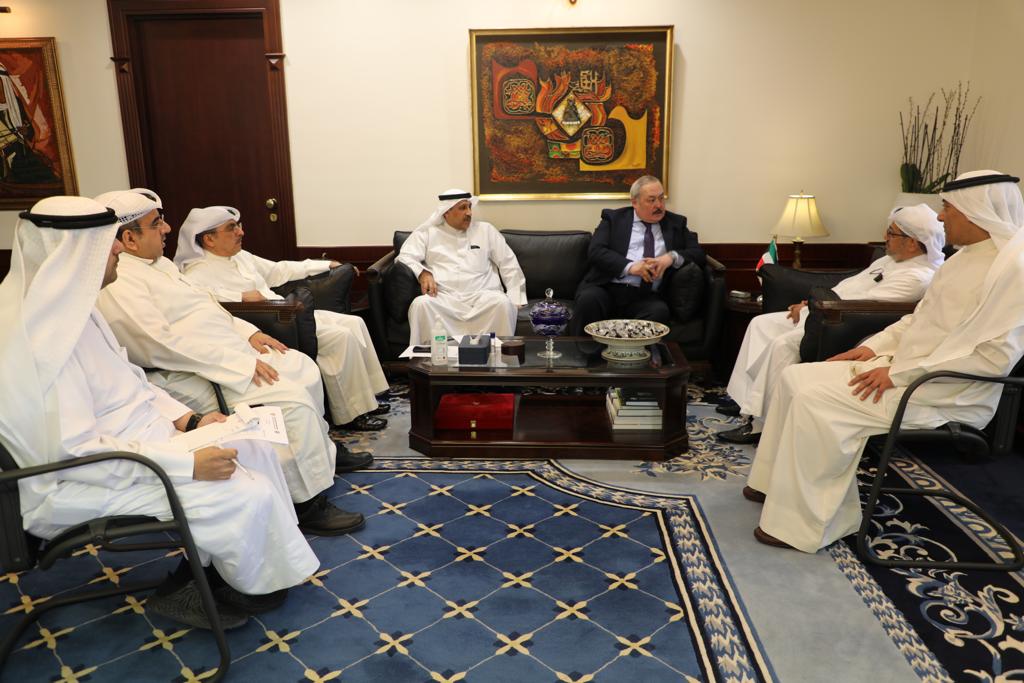 On May 23, 2022, Ambassador Extraordinary and Plenipotentiary of the Kyrgyz Republic to the State of Kuwait Azamat Karagulov met with the General Director of the Kuwait Fund for Arab Economic Development (KFAED) Marwan Abdallah Al-Ghanem to discuss topical issues of Kyrgyz-Kuwait credit and investment cooperation.

During the meeting, Ambassador A.Karagulov informed about the stages of implementation of projects in Kyrgyzstan funded by KFAED, the main problematic aspects and the efforts of the Ministry of Foreign Affairs and the Embassy to improve the effectiveness of interaction. He also informed about the plans of the Cabinet of Ministers of the Kyrgyz Republic to hold the Fourth Round Table with the participation of the development funds of the Arab Coordination Group (ACG), promising projects that will be submitted for consideration by the development funds, etc.

General Director of the Kuwait Fund M. Al-Ghanem welcomed the efforts of the Kyrgyz side to improve credit cooperation and intentions to hold the next meeting with ACG member funds, which will allow summing up the results of many years of interaction between the parties, as well as considering new projects for the development of infrastructure and the most important sectors of the country's economy. During the conversation, the Head of the Fund confirmed the focus on further support for Kyrgyzstan, which is considered as a fraternal state.

The parties also exchanged views on improving the efficiency of further cooperation, agreeing on the need for more efficient interaction between the relevant departments of the Kyrgyz Republic with the Kuwait Fund for Arab Economic Development and timely implementation of agreements on financed projects.