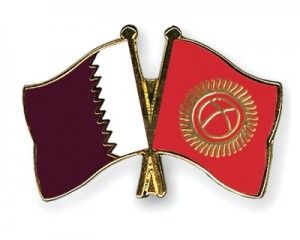 The Kyrgyz Republic and the State of Qatar signed the Protocol on the Establishment of Diplomatic Relations on March 3, 1998. Click to see the text of the Protocol.

Since the establishment of diplomatic relations between the two countries, political dialogue has been continuously conducted - the sides exchanged delegations of various levels, meetings of officials took place on the sidelines multilateral events hosted by the United Nations, the Organization of Islamic Cooperation, as well as international conferences, etc.