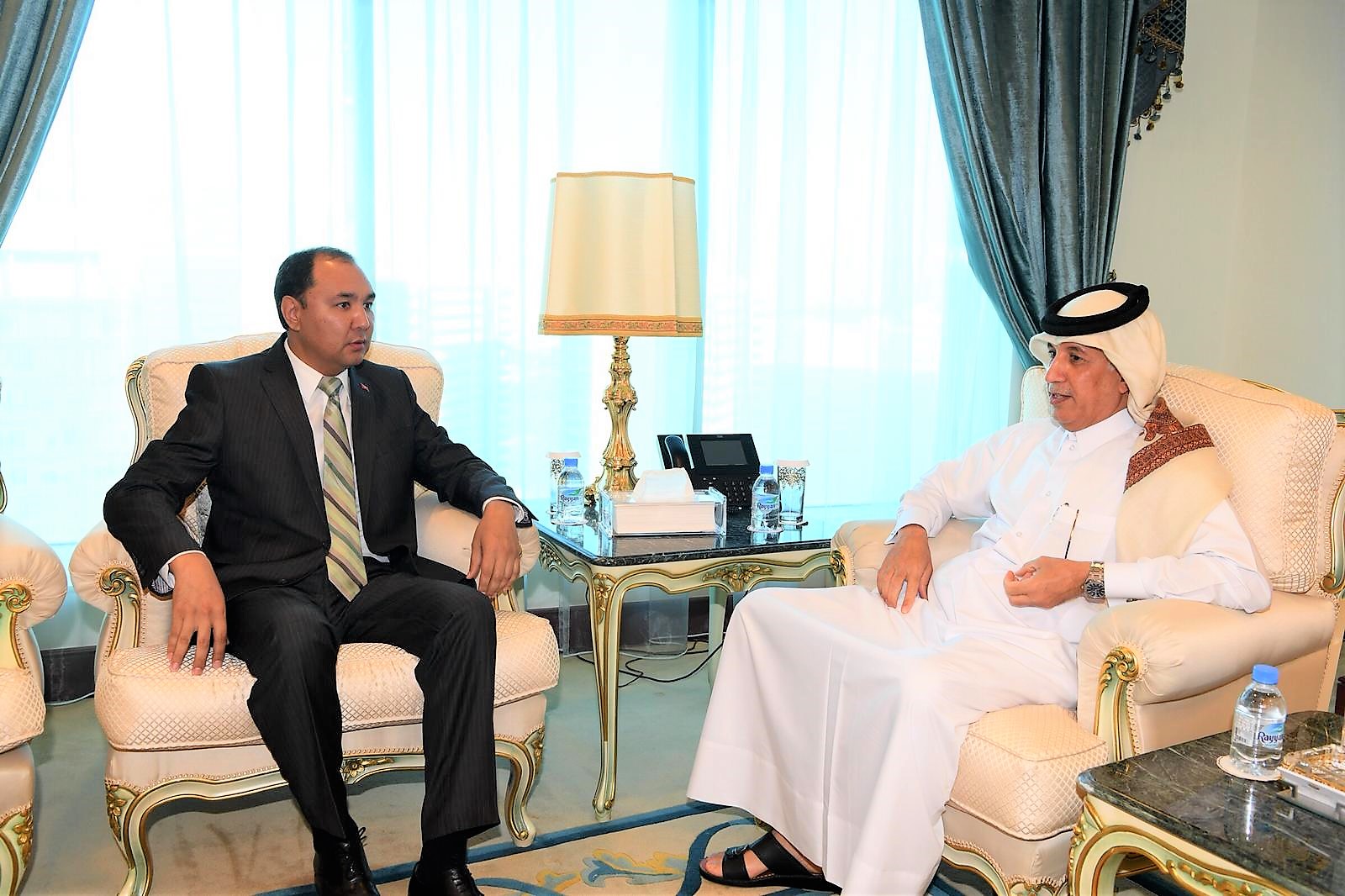 February 13, 2019, in Doha, Ambassador Extraordinary and Plenipotentiary of the Kyrgyz Republic Nuran Niyazaliev met with State Minister for Foreign Affairs of the State of Qatar, Mr. Sultan bin Saad Al-Muraikhi.

During the conversation, sides reviewed the results of the Second inter-MFA’s political consultations, which were held on January 31 this year at the level of Deputy Foreign Ministers of the two countries and discussed further steps to expand Kyrgyz-Qatari cooperation in political, trade, economic and investment fields.

The State Minister appreciated the current level of bilateral relations and stressed the interest of the State of Qatar in strengthening cooperation. Ambassador Nuran Niyazaliev expressed his hope that the joint implementation of the outlined plans would bring the Kyrgyz-Qatari relations to a new level.