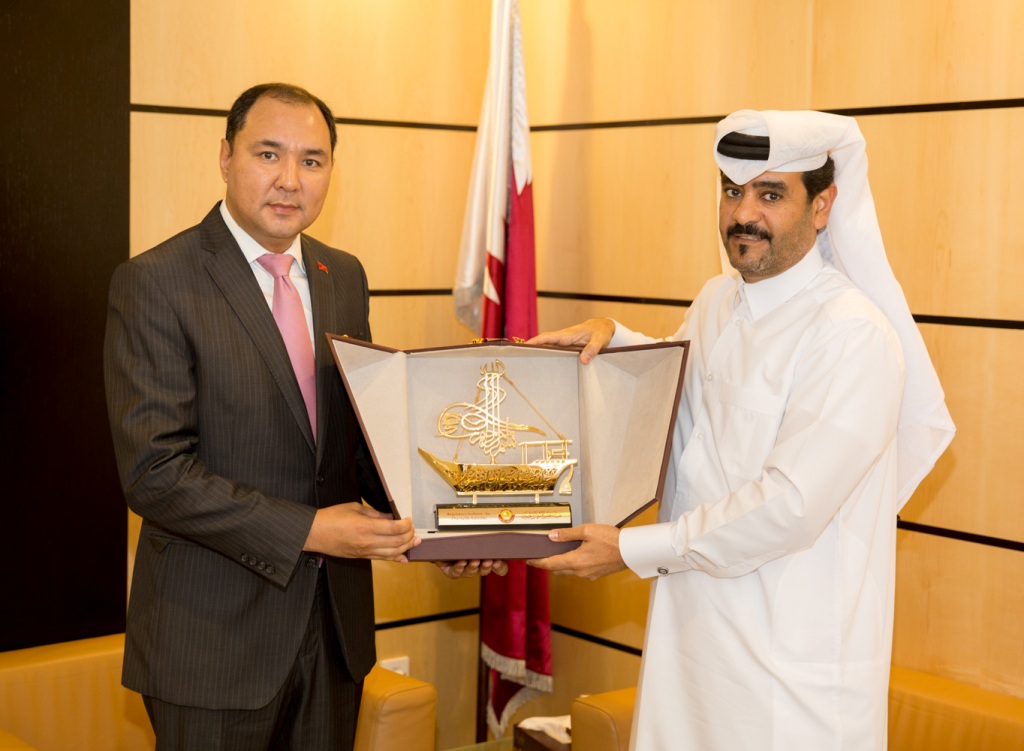 On February 10, 2019, in Doha, in order to discuss the implementation of joint socio-economic projects, as part of the Year of development the regions and digitalization the Country announced by the President of the Kyrgyz Republic, the Extraordinary and Plenipotentiary Ambassador of the Kyrgyz Republic to the State of Qatar Nuran Niyazaliyev met with the General Manager of the Agency for the Regulation of Charitable Activities States of Qatar Ibrahim bin Abdullah Al-Dehaymi.

There were considered the issues of the implementation of social and humanitarian projects in the Kyrgyz Republic. Ambassador Nuran Niyazaliyev proposed to continue joint efforts to build social facilities and assist vulnerable people in remote areas of the country. Following the meeting was agreed to close the mutual coordination on the issues discussed, in particular, the evaluation of previously executed projects and monitoring one’s of ongoing, as well as the development of a plan for further joint work and organization of mutual visits.