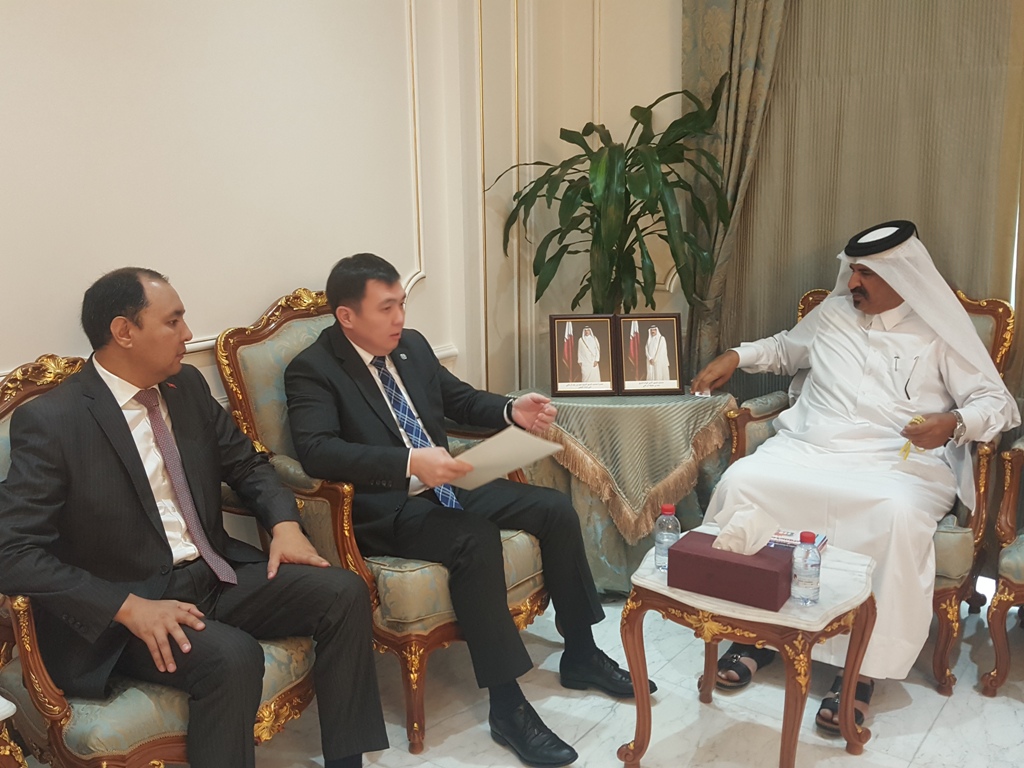 January 30 of this year In Doha, the Deputy Minister of Foreign Affairs of the Kyrgyz Republic Nurlan Abdrakhmanov met with the Deputy Minister of commerce and industry of the State of Qatar, Sultan bin Rashid Al-Haatir. During the talks, they discussed issues of enhancing trade and economic relations between the two countries, including the holding of the Second Meeting of the Intergovernmental Commission on Economic, Trade and Technical Cooperation, as well as the next meeting of the Kyrgyz-Qatari business forum.

Nurlan Abdrakhmanov spoke about the implementation of the Program of the Government of the Kyrgyz Republic for developing exports for 2019-2022, focused on the promotion of Kyrgyz agricultural products into the Qatari market. He invited investors to take an active part in investment events which are holding in the Kyrgyz Republic.

On the same day, the Deputy Minister of Foreign Affairs of the Kyrgyz Republic held talks with the Vice-President of the Chamber of Commerce of the State of Qatar, Co-Chairman of the Kyrgyz-Qatar Business Council Mohammed Ahmed Tvar Al-Kuvari. Nurlan Abdrakhmanov stressed that the Kyrgyz Republic attaches great importance to the development and deepening of cooperation with the business community of the State of Qatar in the field of trade and investment. It was agreed to hold a number of joint activities in the line of chambers of commerce, including the first meeting of the Kyrgyz-Qatari Business Council.