А – А А +
Обычная версия
Скрыть
News / News and Events / On the occasion of the 30th anniversary of the establishment of diplomatic relations between the Kyrgyz Republic and Hungary, from August 11 to 14, 2022, the Days of Culture of the Kyrgyz Republic were held. 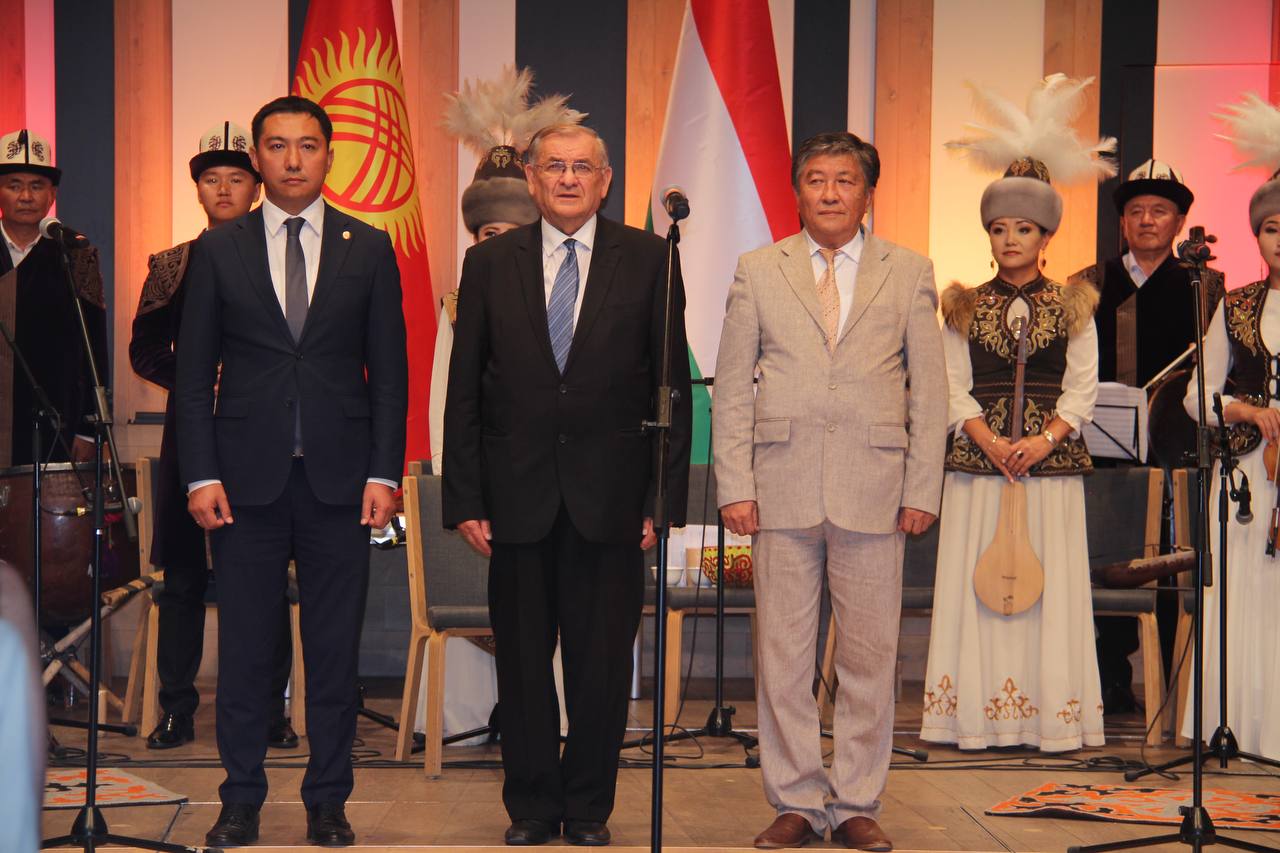 The grand opening of the Days of Culture and a festive gala concert took place on August 11, 2022 in the capital of Hungary at the Budapest Music Center.

In his welcoming speech, the Minister of Culture A. Zhamankulov emphasized that “Kyrgyzstan and Hungary are not just friends, reliable partners and allies, but fraternal peoples based on the original unity of the Turkic peoples. Kyrgyz and Hungarians share a common history.”

In turn, the Vice-Speaker of the Hungarian Parliament S. Lezsák, in his welcoming speech, noted his recent visit to the Kyrgyz Republic, and also stressed that in relations between Kyrgyzstan and Hungary, special attention is paid to "the awareness of kinship and this is a high degree of trust."

As official guests, H.E. Mr. S. Raev, the Secretary General of TURKSOY, representatives of the Ministry of Foreign Affairs and Trade of Hungary and other state bodies, Ambassadors of foreign countries, representatives of international organizations in Budapest, public and political figures, representatives of business circles and friends of Kyrgyzstan, as well as Kyrgyz people living in Hungary, were invited.

As part of the evening, a festive concert was held with the participation of National artists of the Kyrgyz Republic and the folklore and ethnographic ensemble “Kambarkan”. In addition, an exhibition of works by Kyrgyz artists and masters of arts and crafts was presented.

The closing of the Days of Culture took place on August 14, 2022 in the city of Bugac with a festive gala concert.

Within the framework of the Kurultaj, a plenary session “Magyars + East” was held, where H.E. Mr. A. Zhamankulov, the Minister of Culture, Information, Sports and Youth Policy of the Kyrgyz Republic, as well as a Turkologist, Doctor of Philology, Professor, participant of the Permanent International Altaic Conference (PIAC)
Mr. K. Konkobaev, gave speeches.

On the eve and on the day of the grand opening of the Days of Culture, this event was widely covered in the Hungarian media.