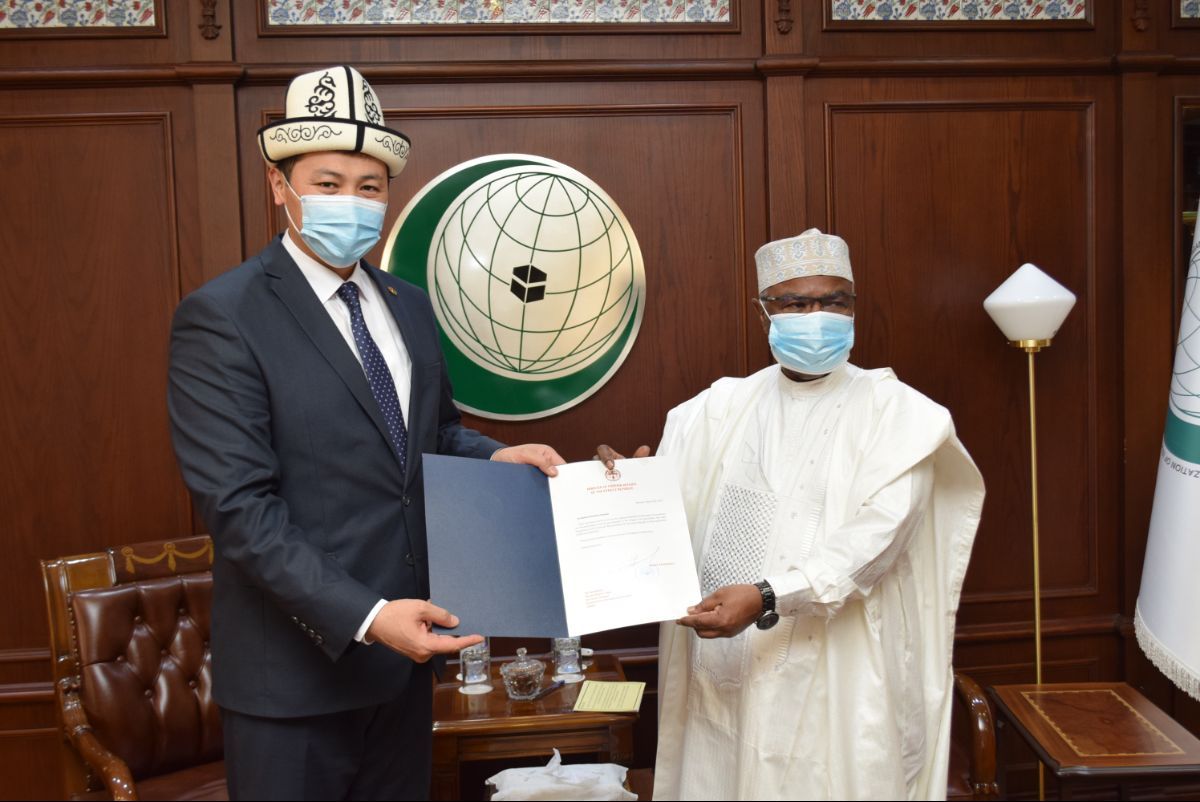 Secretary General H.B.Taha congratulated Ambassador U.Maripov on his appointment as Head of the diplomatic mission of the Kyrgyz Republic in Saudi Arabia and expressed confidence that his stay as a Permanent Representative to the OIC will serve to further comprehensive development of cooperation between the Kyrgyz Republic and the OIC, as well as with Member States of the Organization in various fields.

In turn, Ambassador U.Maripov assured that during his diplomatic mission he would make every effort to promote joint efforts to implement the important tasks facing the OIC on peacebuilding and security issues, to consolidate forces in resolving crises and to promote social, economic and humanitarian programs.

The parties discussed topical issues and prospects for cooperation between the Kyrgyz Republic and the OIC, as well as further steps to implement the agreements reached following the meeting of the Minister of Foreign Affairs of the Kyrgyz Republic Ruslan Kazakbaev with the Secretary General of the OIC H.B. Taha on the sidelines of the 48th session of the OIC Council Ministers of Foreign Affairs on March 22-23, 2022 in Islamabad.

At the end of the meeting, Ambassador U.Maripov wished Secretary General H.B.Taha further success in implementing noble initiatives and protecting Islamic values, as well as strengthening fraternal relations between the member states of the Organization.