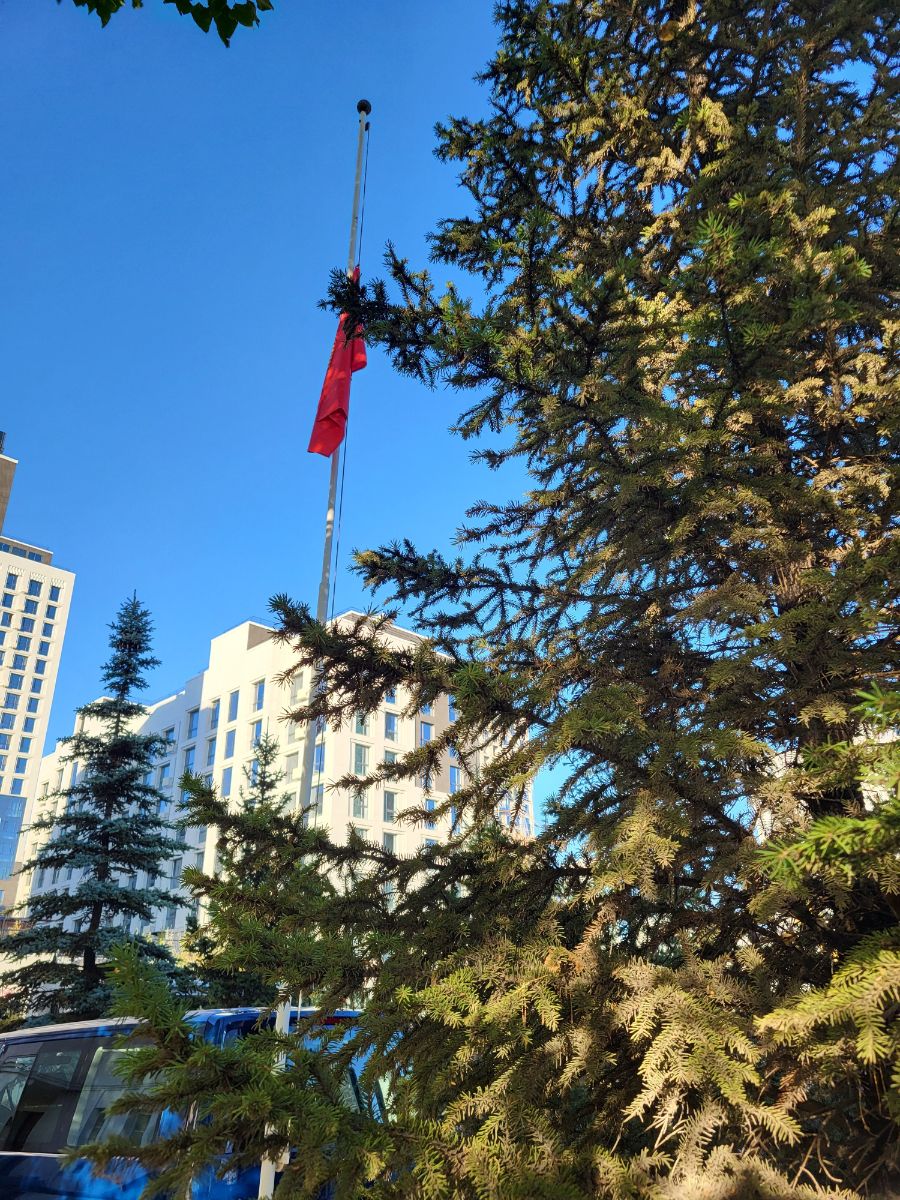 Honoring the memory of the victims of the tragedy on the Kyrgyz-Tajik section of the state border in the Batken region, the heads and employees of the diplomatic corps, representatives of international organizations, as well as a representative of the Ministry of Foreign Affairs of the Republic of Kazakhstan left their entries in the Book of Condolences.
With each head of the diplomatic mission, the Ambassador of D. Dyushekseev held separate meetings to bring information about the planned ahead, armed act of aggression of the Republic of Tajikistan to the Kyrgyz Republic.