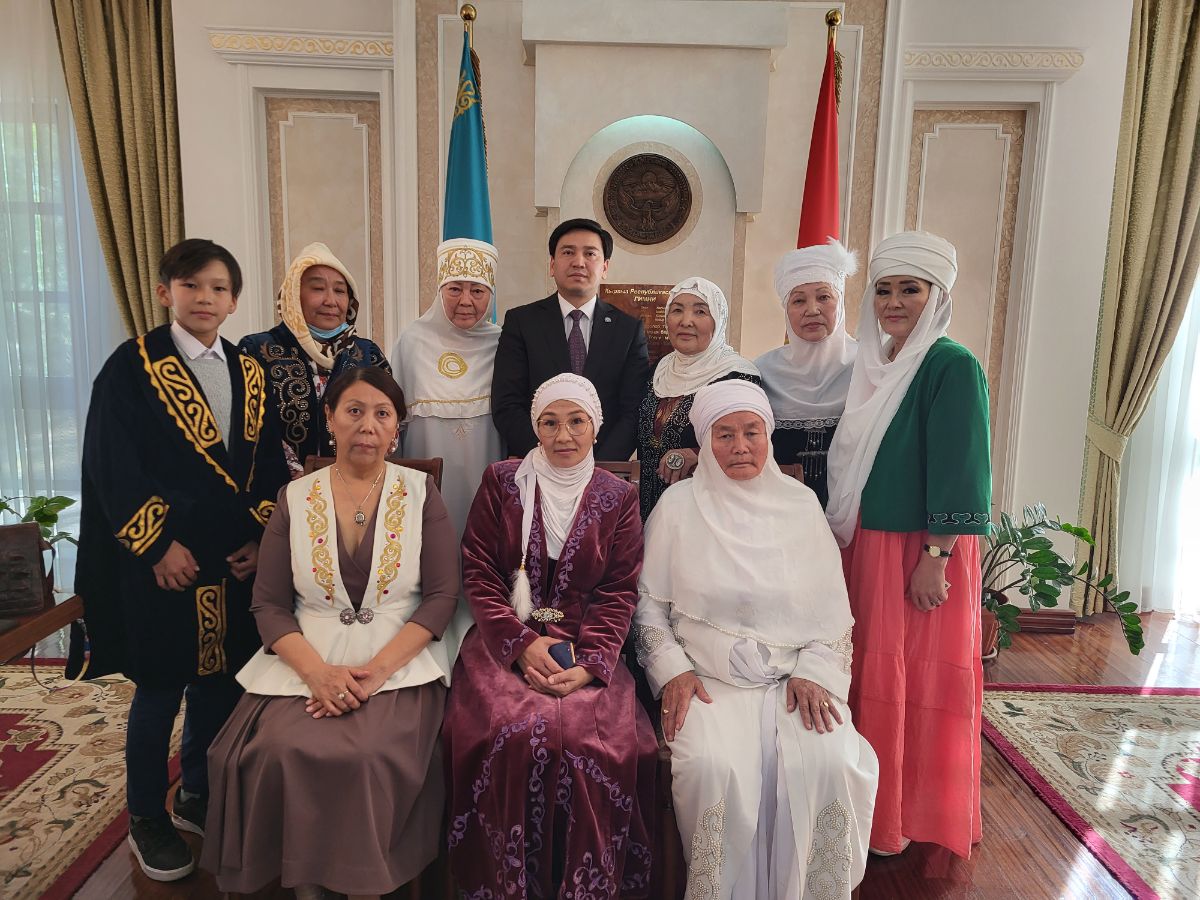 On September 20, 2022, a group of civil activists among Kazakh mothers arrived at the Embassy building to express their condolences to the Kyrgyz people on the occasion of the planned armed act of aggression of the Republic of Tajikistan against the Kyrgyz Republic.
Honoring the memory of the victims of the tragedy on the Kyrgyz-Tajik borderline in the Batken region and being a fraternal nation for the Kyrgyz, they indicated that the Kazakh people shared all the bitterness and pain of the Kyrgyz people.
In turn, Ambassador D. Dyushekeyev expressed gratitude for the words of support, and also provided general information about current situation. In the end of the meeting, a prayer was read for the departed, and wishes for the speedy recovery of the wounded citizens had been expressed.