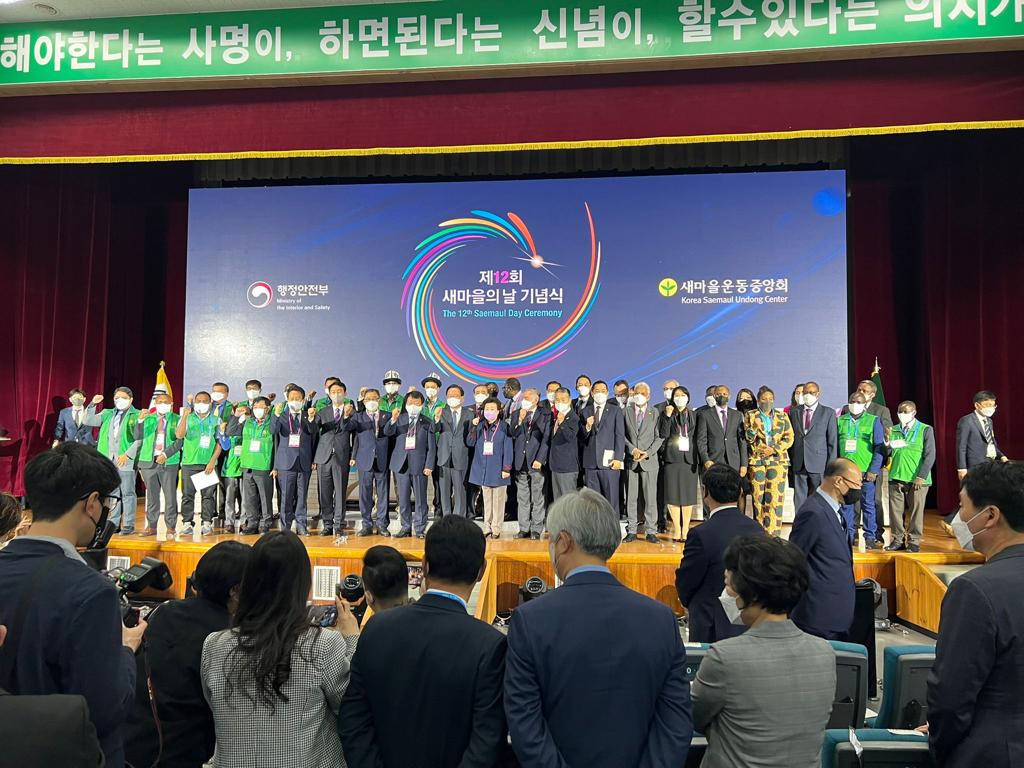 In 2016, a memorandum was signed between State Agency for Local Self-Government and Inter-Ethnic Relations under the Government of the Kyrgyz Republic and the Ministry of Internal Affairs of the Republic of Korea on cooperation, within which the parties plan to cooperate for the successful implementation and adaptation of the principles of this movement, taking into account the socio-economic, cultural characteristics of the Kyrgyz Republic.

From 2017 to 2021, the project "Pilot village of the Saemaul movement" was implemented in the Kyrgyz Republic. 4 villages of the Chui region participated in this project (Ak - Bashat, Zhayyl district, Alysky Aral, Sokuluk district, Iskra, Chui district and Kosh-Korgon, Chui district). Every year, 4 activist leaders were selected from each village, who were invited to the Republic of Korea for training on leadership and regional development. Also, for the implementation of projects to raise community awareness, improve living conditions and increase income, $20,000 was allocated annually to each village. As a result, within 5 years, about 100 leaders (the head of Aiyl okmotu, the village headman and active village leaders) from 4 villages were invited to the Academy of the Saemaul Undong movement Center, who were trained in leadership, community and regional development.

During this project, financial support in the total amount of $400,000 was allocated for the implementation of projects to increase the incomes of residents of pilot villages. A public bathhouse was reconstructed in the village of Ak-Bashat, a greenhouse was built, a dairy farm was organized and other small projects were implemented. In addition, each of the four pilot villages has its own village development movement and active members of the movement periodically teach fellow villagers the principles of the Saemaul Undong movement.

For reference: “Saemaul Undong” means a movement for the development of the local community, which allows villagers and local communities to work together to improve the quality of life, based on the spirit of diligence, self-help and cooperation. This movement was created in the Republic of Korea in 1970.