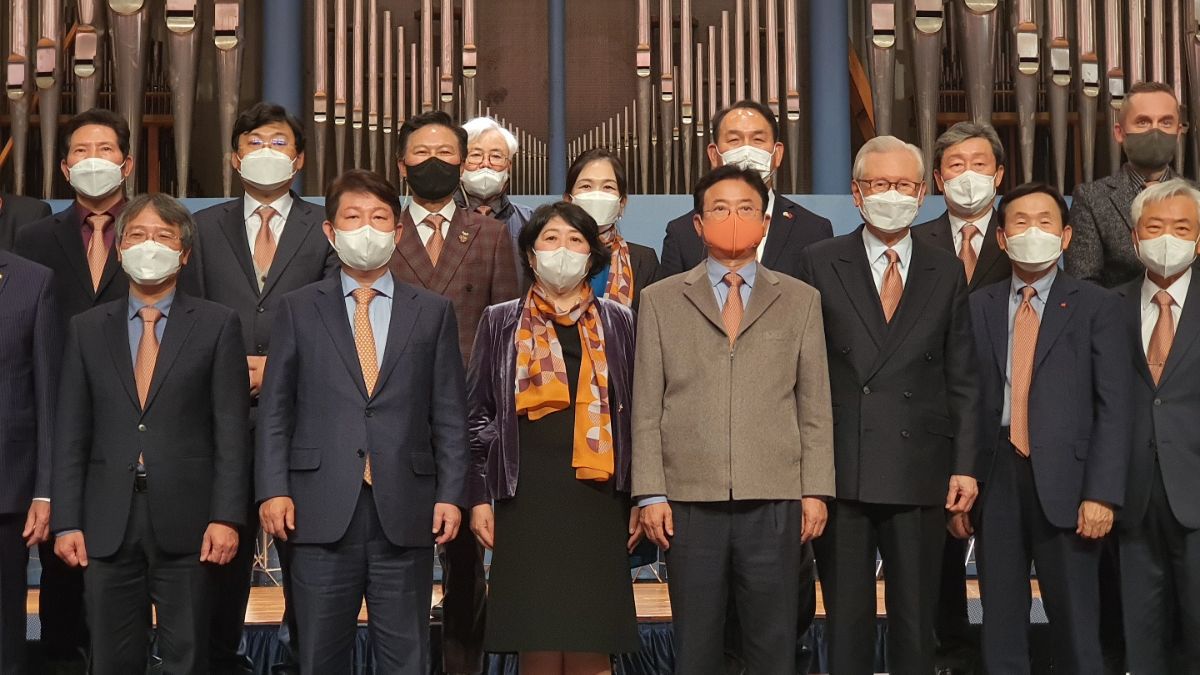 On November 26, 2021, the “2021 Friendship Evening” was held in Daegu, organized by Keimyung University in cooperation with the Daegu City Hall and Gyeongsanbuk-do Province. The Governor of Gyeongsangbuk-do Province Lee Cheol Woo, Mayor of Daegu City Kwon Yongjin, high-ranking officials, representatives of business, medical and academic circles of the province, diplomatic corps, including the Ambassadors of Vietnam, Poland, Romania and Kyrgyzstan were attended in the event. Ambassador Dinara Kemelova took part on behalf of Kyrgyzstan.

In welcoming speech, Dinara Kemelova drew the participants' attention to the celebration this year the 30th Anniversary of Independence of the Kyrgyz Republic, as well as the celebration next year the 30th Anniversary of the establishment of diplomatic relations between Kyrgyzstan and South Korea. The Ambassador noted the similarity of the Kyrgyz and Korean people, the importance of intercultural exchange, informed about the tourism potential and beautiful nature of mountainous Kyrgyzstan, invited residents of the Gyeongsanbuk-do province to visit Kyrgyzstan, which is also famous for its hospitable people.

Also, the Ambassador Dinara Kemelova had brief talks with the Governor of the Province, Mr. Lee Cheol Woo, and the Mayor of Daegu City, Mr. Kwon Yongjin, during which they discussed the possibilities of establishing twinning relations with local authorities of the Kyrgyz Republic, cooperation in the field of energy, healthcare, providing access to clean water, attracting labor forces from Kyrgyzstan and interregional exchanges.

The Ambassador of the Kyrgyz Republic visited the Dongsan Medical Center and held meetings with Director Lee Seyoup, Director of Keimyung University Dongsan Hospital Jae Seok Hwang, Korea-Kyrgyzstan Friendship Association in Daegu-Gyeongbuk, headed by Chairman Soon Do Cha. Also in the main hall of the Medical center the opening of the photo-exhibition "Culture and Tourism of the Kyrgyz Republic" took place.

Prospects for cooperation in the field of health care, in the capacity building of hospitals in Kyrgyzstan, as well as providing assistance to citizens of the Kyrgyz Republic were discussed with the leadership of the medical center.