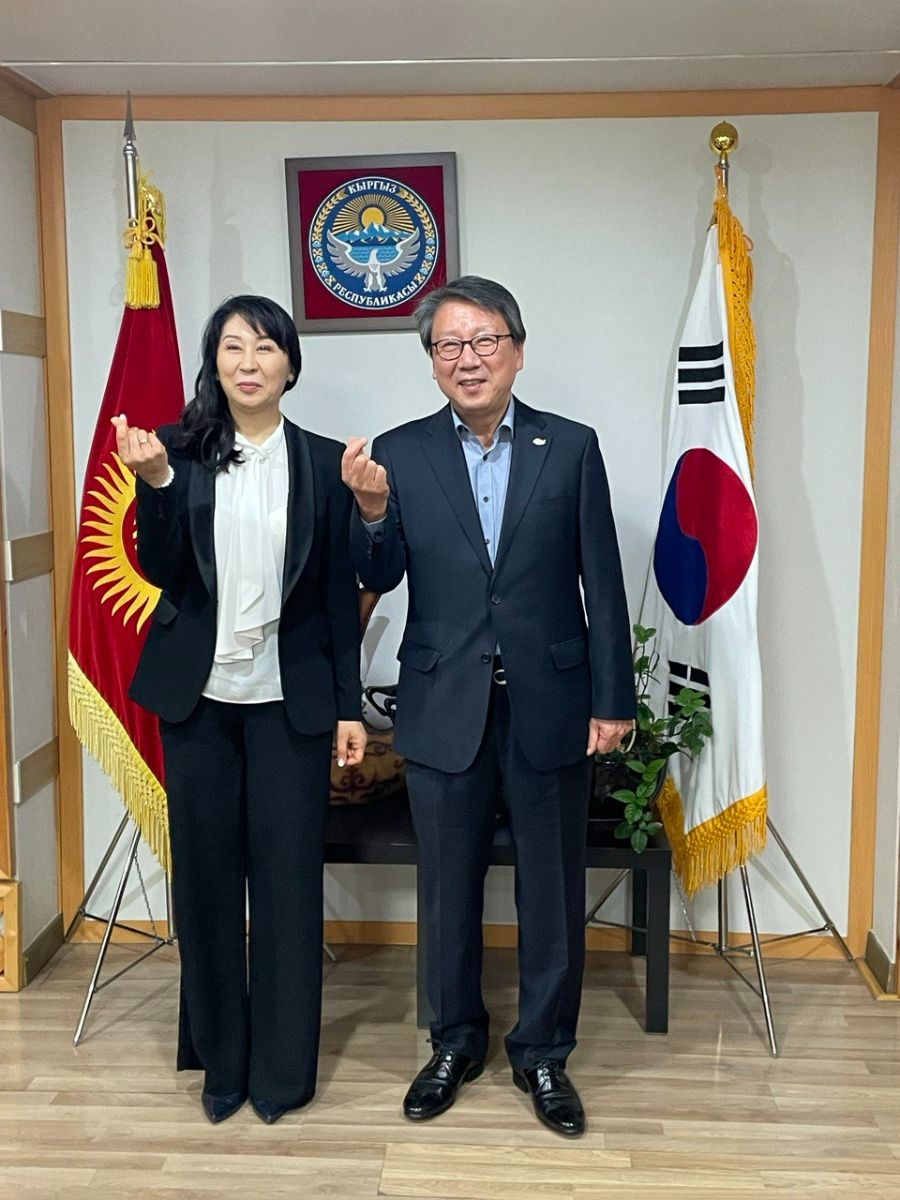 On April 21, 2022, Ambassador of the Kyrgyz Republic to the Republic of Korea Aida Ismailova held negotiations with T’Way Airlines delegation, led by President Mr. Jeong Hong-Geun.

The parties discussed the possibility of opening direct flight Bishkek-Incheon-Bishkek.

In turn, the President Mr. Jeong Hong-Geun, said that the company received permission to operate direct flights on the Incheon-Bishkek route in February 2020, however, due to the closure of the borders of many countries due to the pandemic, including the Kyrgyzstan, regular flights were postponed. The President added that at present, out of 29 aircraft, only 7 aircraft serve in different directions. He informed that it is planned to receive new aircraft for long-range flights in September 2022, which must be tested for aviation security, and, in his opinion, regular flights to Kyrgyzstan are planned to begin in 2023.

The President of T’Way noted that the airline is interested in organizing charter flights on this route before regular flights, and the next charter flight is scheduled for April 28, 2022.

The parties also agreed that the opening of direct flights between Kyrgyzstan and South Korea will give impetus to the expansion of trade and economic cooperation between the two countries.