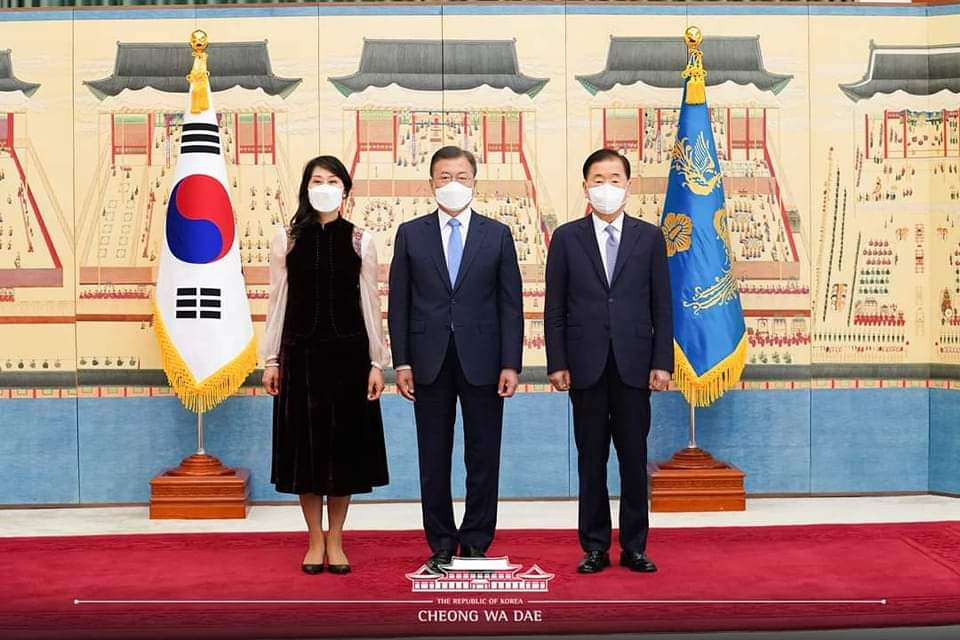 After the protocol ceremony of presenting the Credentials in the Chong Wa De Palace, a joint meeting of the participants of the ceremony with President Moon Jae-in took place, where issues of Kyrgyz-South Korean cooperation were also discussed.

President Moon Jae-in congratulated Aida Ismailova on her appointment as the Ambassador of Kyrgyzstan to the Republic of Korea and wished her success in the upcoming responsible work to further deepen and expand bilateral Kyrgyz-Korean cooperation.

Aida Ismailova stressed that this year marks the 30th anniversary of the establishment of diplomatic relations between the Kyrgyz Republic and the Republic of Korea. Over the years, the parties have strengthened political, economic and cultural ties, and at this stage there is a need to further strengthen bilateral ties and reach a new level of interaction. Kyrgyzstan is ready and open for further comprehensive and mutually beneficial cooperation with South Korea.